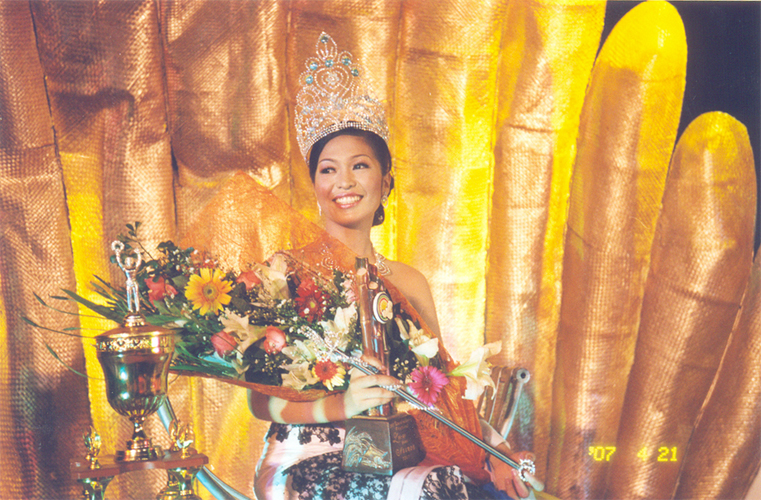 The 18-year-old Taclobos was crowned by senatorial candidates Miguel Zubiri and Tessie Aquino Oreta who was booed by the crowd when she was acknowledged by Gov. Joseph Marañon earlier in the four-hour program.

Taclobos bested Oñate and Vera by giving the final question in the contest an answer that made the audience roar and clinched her the title.

She said that being physically, mentally, and spiritually healthy is the most important trait to have inner beauty.

“One must be physically able, mentally prepared, and most importantly, spiritually dependent on God,” Taclobos said.

Moments later, the second year Medical Technology student at the University of Negros Occidental- Recoletos said that it felt “good,” to be this year’s Lin-ay sang Negros.

Oñate, who had earlier won in the pageant’s talent show, received a sash and P60,000 cash and was also declared Best in Swimsuit, Best in Evening Gown, Miss Superferry, and Ms. Cali.

Vera, on the other hand, was awarded with a sash and P30,000 cash aside from the Globe Texter’s Choice and Miss PNOC-EDC prizes.

Taclobos in her wining moments