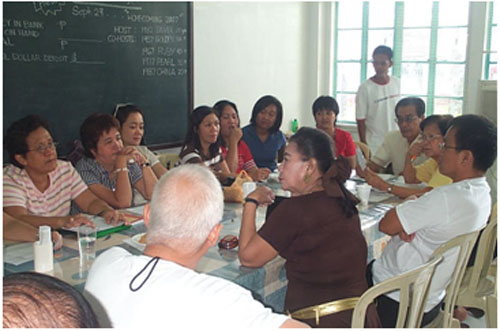 The Blue and Gold Alumni Association, Inc., the official alumni association of ONI, UNO and UNO-R will hold its general alumni homecoming on September 29, 2007 at the UNO-R gymnasium. The homecoming will start with a Mass at the Oratory at 7 a.m. and be followed by a motorcade around the city and back to the gymnasium for cultural presentations.

Presentation of awardees and election of board of directors for 2007-2009 will be done during the program. Door prizes will be given to lucky winners.

The Board of directors with the jubilarians in one of the meetings presided by acting President Atty. Mateo Valenzuela