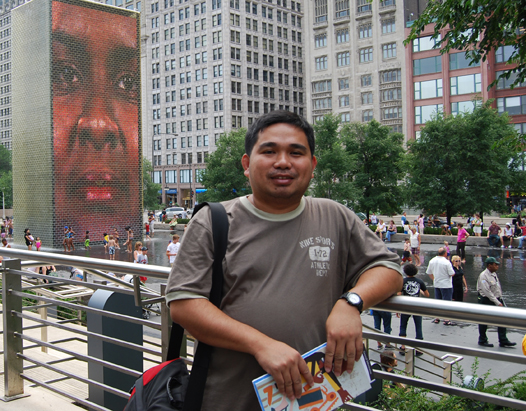 Bro. Jaazeal Jakosalem, OAR attended the 37th Annual Convention of the Religious Brothers Conference (RBC) at St. Louis Marriott West Hotel, St. Louis, Missouri last July 25-28, 2008. He represented the National Federation of Religious Brothers in the Philippines (NFRBP). The theme of  the conference this year is "In Our Own Backyards: Challenges and Invitations for Brothers of the Americas ."  The  Keynote Presenter was Fr. Allen Figueroa Deck, SJ.  Fr. Deck is Director of the Office of Cultural Diversity in the Church for the US Conference of Catholic Bishops.  In his presentations, Fr. Allen discussed the  "cutting edge issues" of the brothers ministries with the immigrants (Hispanics, Europeans and Asians). Almost two hundred (200) Brothers from across the US attended the said convention.

The participation of Brother Jakosalem is the start of the communal alliance between the NFRBP and the RBC of the U.S.  The possibility of organizing the International Gathering of Brothers was also initially discussed during the convention, that both NFRBP and the RBC are interested in.