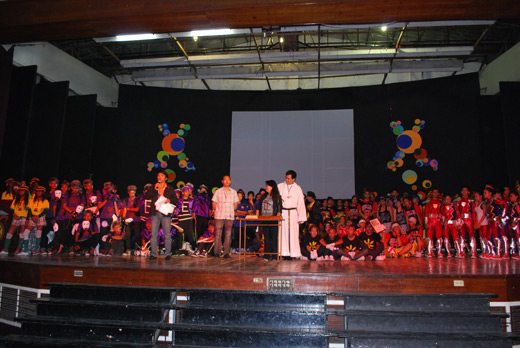 The College of Education is sponsoring the Inter-School Hip Hop High Dance Competition Season 3 on January 15, 2010 at the University Gymnasium.

At the program, Mrs. Elena Doruelo, Head of the Physical Education Department, will give the Invocation while the UNO-R Kasadyahan Dance Company will set the mood with the Opening Number.  Vice President for Student Welfare, Fr. Dexter Palagtiosa, OAR, will deliver the Opening Remarks while Mr. Carlos Legaspi, Jr., Director of Student Affairs, will state the Rationale of the Hip Hop High.   Mrs. Ma. Joselina Basa, Chairman of the Hip Hop High Season 3, will introduce the Board of Judges.