MA’AM BELLE IS LAID TO REST

Mrs. Arabella Ananoria was laid to rest last November 9, 2017 after the 8 am Mass at the Oratory of St. Nicholas de Tolentino. Ma’am Belle was the former Director of Libraries of UNO-R. She joined the university community in June of 1970 as Chief Librarian. In 1982, she was appointed as Director of Libraries, a position held until 2014. She was then made as Fray Luis de leon Library Consultant until March, 2017. She was also one of the founding members of the Secular Augustinian Recollect Fraternity – UNO-R Chapter. She later became the President of SARF-UNO-R. She died November 4, 2017. 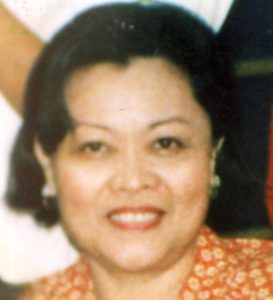