THE WEEK THAT WAS… UNIVERSITY WEEK 2017

The University week 2017 with the theme “Heeding the Call to Holiness” was opened by Rev. Fr. Eduardo Celiz, Jr., OAR,  last September 4, 2017.  It started with the 8 am Concelebrated Mass at the Oratory  led by Rev. Fr. Don Besana, OAR.  A Motorcade around the city preceded the opening ceremonies. The different Departments competed for the championship title for the Cheer dance competition where the Integrated School  emerged as the Best Performing Group, Most Participated and most disciplined.  The College of Engineering  was named  the Most Colorful;  while College of Arts and Sciences was awarded as Best in Songs and Yells.  The ceremonies was followed by the search for Mr. and Ms. University Week 2017 at the University amphitheater. Vincent Deloso III (Eng’g) and Kyla Joemela Carmona (IS) are Mr. and Ms. U-Week 2017.  The day capped with the Band fest at the auditorium.

The second day opened with  a zumba at the Amphitheater at 7 am and followed by the Septenary Mass at 8 am. Opening of the different academic exhibits  was the main focus of the morning activities.  A Poster-making contest and Essay writing contest were won by College of Engineering and  College of Business and Accountancy respectively.  The second day capped with the Grand Taize activity at the High School ACC.

The third day opened with the Septenary Mass at the Oratory at 8 am.  Offices were visited by the Golden Dragon of Amity.   Champion in the Bridge building was the group led by Ric Abang while the group of Donabel Chan emerged as champion in the rube Goldberg Contest .  The day was held with a handful of seminar –workshops.  The capped with the Achievers’ Quest sponsored by the Junior High school Department, where St. John’s Institute was the champion, Eliakim learning Center and Bago City Elementary School landed 2nd and 3rd respectively.  The event was participated by 13 elementary schools from the province.

The fourth day opened an Amazing race and hydrolympics around the university grounds. The Septenary Mass at 8 am; Tertiary and pre-elementary Literary-Musical contest; HTM beyond boundaries; outreach activities of the College of Engineering and Barkada Quiz Bee completed the morning program.  Newscasting competition, Grade School PTA Musical extravaganza and KDC Night capped the day’s activities.  In the tertiary litmus, the College of Arts and Sciences emerged as over-all champion.   The day capped with the launching of the Recoletos On-line Learning Extension project (Project ROLEx) at the university main lobby.

On the birthday of the Blessed Mother (September 8), the day opened with the Septenary Mass.  High school Lit-Mus Competition.  The morning activities were dominated by seminars by the College of Engineering.  In the afternoon, Bingo Social by the UNOFELA was held at the auditorium.  At 2 pm, a talk on Kidney failure was held at the Fr. Cuenca Hall. The day capped with a Living Rosary and a program for the Birthday of Mama Mary. UCDO –sponsored “Battle of the Bands” with eight participating bands was also held at the amphitheater.  Jock Itch was named champion while Rockswell and Pentagon were 2nd and 3rd placers respectively.

Last September 9, after the mass, the community was very excited with the Recoletos Dance Craze, where the Green team won over the other teams during the competition.  It was also the RBGS day.  The Red Phoenix (MPAG/ DvM,  MCrim and MANursing) was this year’s over-all champion.

On the feast of the Patron Saint of UNO-R, St. Nicholas of Tolentino, the day started with a Concelebrated Mass with Bacolod Bishop Patricio Buzon, SDB, DD  at the Oratory.  In the afternoon was the closing ceremonies, where the College of Arts and Sciences emerged as over-all Champion.  The day capped with 2017 Service Awards Night at the main lobby.. (More photos at facebook account: univnegrosocc.recoletos) 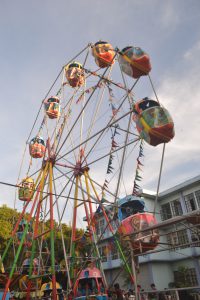 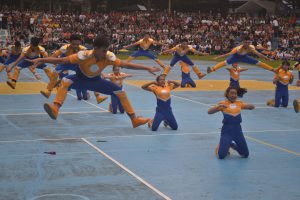 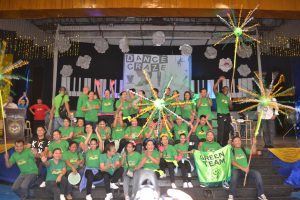 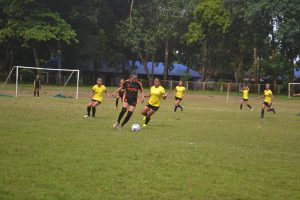 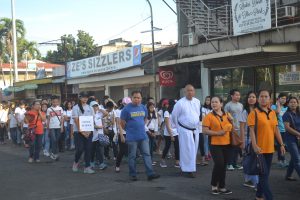 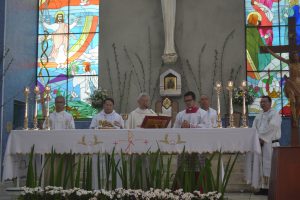