Cheers for CAS once again! 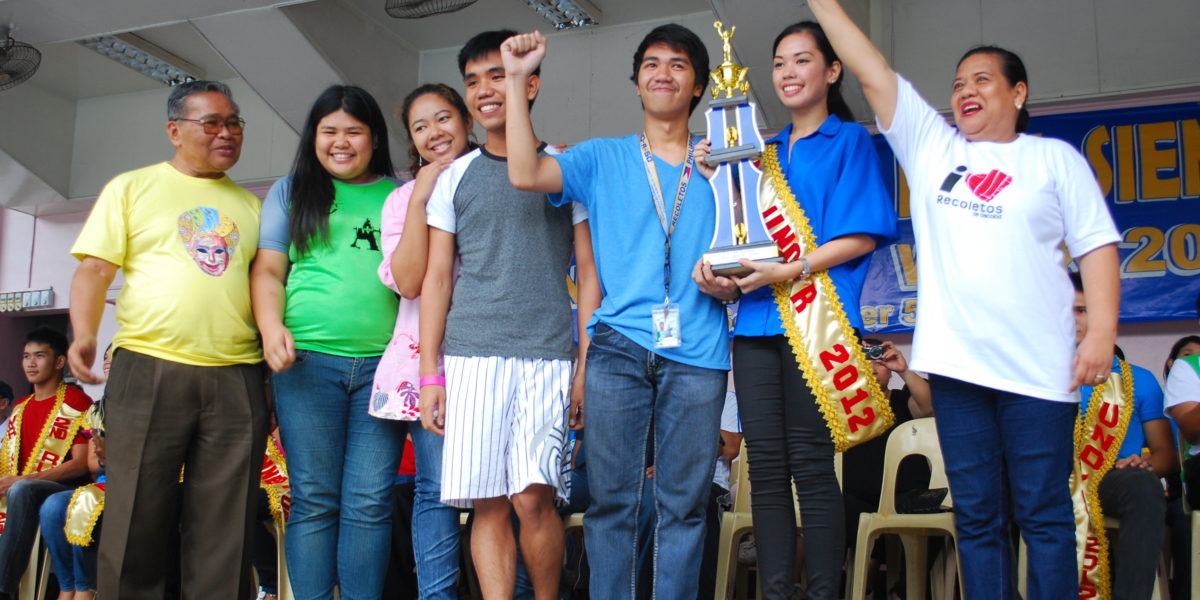 The College of Arts and Sciences was declared as the champion for the over-all literary-musical competition held during the University Week celebration last Sept. 5-10.

A competition known as the “Star Factor” (Pop dance – songfest), CAS got 1st place in all events – vocal solo, vocal duet, and pop dance. Furthermore, other winners for the vocal solo came from CBA and COEd. The CIT and CCJE was the 2nd place and CBA as the 3rd place.

During the literary – musical competition, COEd won the 1st place in the Classical Piece Interpretation. Second and 3rd placers came from the CIT and CBA. For the Comedy Skit, CON emerged as the champion and runners-up were from CAS and CBA.

For the Comedy Skit, CON emerged as the champion and runners-up were from CAS and CBA.

Moreover, CON, CIT and COE were the winners in the Plug and Play contest. Group MTV winners were COEd, CAS and CIT.

The College of Education was the first runner-up and CIT won the second runner-up for the over – all lit – mus competition.

Last year, CAS was also the champion in the over –all literary – musical competition.