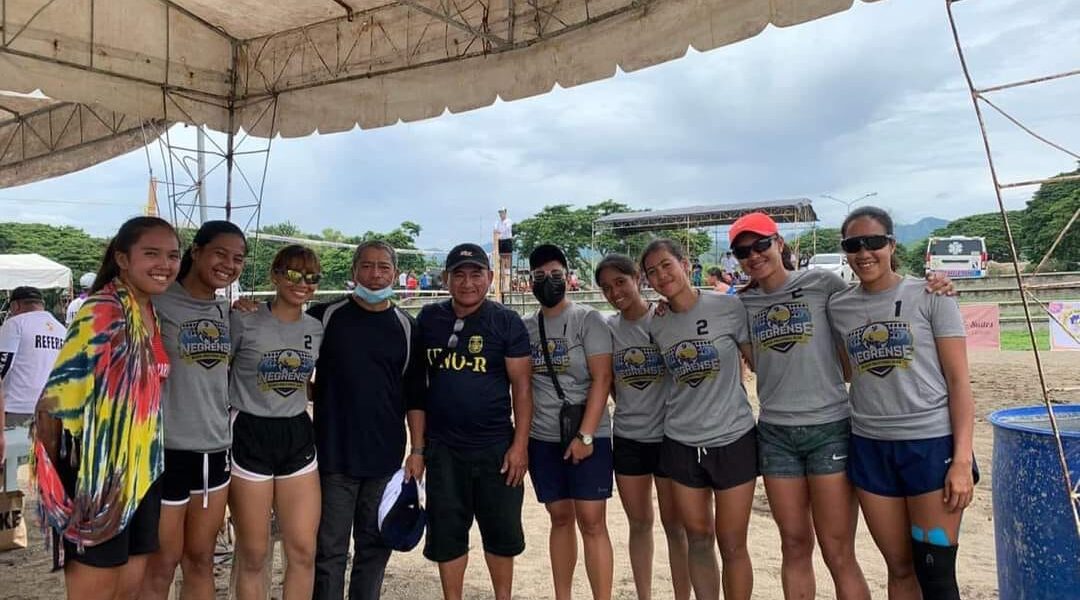 While declared “double champions” with the pair of MJ Ebro and Honey Grace Cordero of USWAG ILONGGO due to technical officials’ decision, it was nonetheless a smooth sailing ride to the finals phase for the UNO-R veterans under the mentorship of seasoned coach Jason Delmo, with assistant coach Lycca Maxine Yu. Proceeding to the tournament without having to join the local elimination skirmishes as seeded players, the UNO-R veterans had to dispose of their San Carlos tournament rivals with skills superiority and calibrated moves. Meanwhile, not to be outdone for finishing third place is the pair of Gelimae Villanueva and Kyla Angela Gallego, who are varsity athletes at UNO-R under the tutelage of coach Delmo.

This tournament is being organized by the Beach Volleyball Republic with Miss Bea Tan as co-founder. This year’s tournament in San Carlos City saw the participation of duos from Uswag Ilonggo 1, Biogenic Alcohol 1, Biogenic Alcohol 2, National University-Boysen, Madekind Naturals, San Carlos, Talisay, Higad-Visayas, Uswag Ilonggo 2, Gapusan Grille-Bacolod, Pontevedra and UNO-R. On board to see action in support of the UNO-R players was Rev. Fr. Amadeo C. Lucero, OAR, formerly the UNO-R Vice President for Student Welfare.* (news and photos from the Sports office)