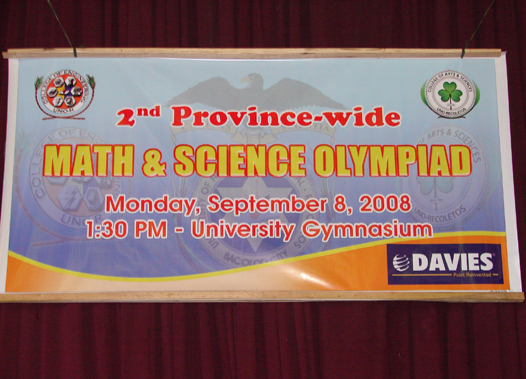 In celebration of the U – WEEK’ 08, the College of Arts and Sciences and the College of Engineering, in cooperation with Pythagorean Circle, Active Teachers Organization Majoring Science (ATOMS) and Junior Philippine Institute of Chemical Engineers (JPICHE), held the 2nd Province– wide Math and Science Olympiad last September 8, at the University Gymnasium.

The Province – wide Math and Science Olympiad was open to all public and private schools in the province. Each participating school sent two participants who were in their fourth year in the high school.