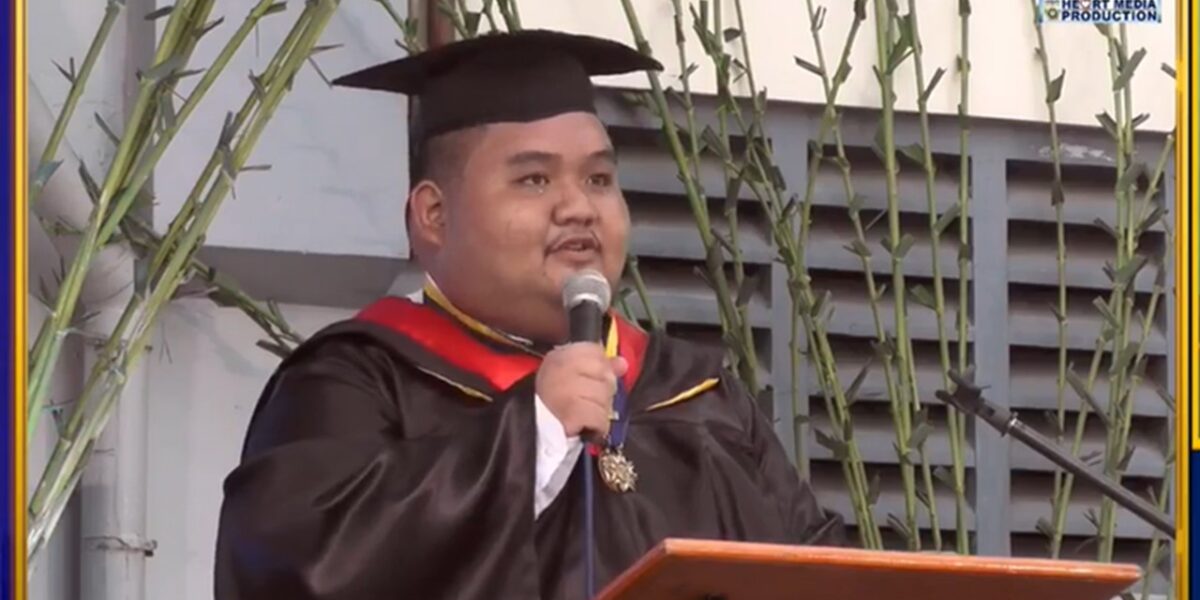 In his valedictory address titled “The Seekers and Chasers of time”, he hinted that he had always chased time ever since.  He learned to value time at a very young age and has always blamed time for being slow and for making him endure long years of endless battles. Seeing all these, he now considers time, not as an enemy, and was not to be blamed. He now sees time as a “driving force” that made him who he is today. He invited his batchmates to embrace time by harnessing it, managing it wisely, and using it to our advantage.  He also shared the following points about time:  Time changes perspectives; time changes path; Time changes people, and time changes passion.   On a personal note, he thanked his mother and siblings, and his classmates in the college.  He concluded that it is still okay to see time as an enemy, to seek time, chase time, and blame time.  He ended by calling his batchmates the seekers and chasers of time. And told them to let time flow freely and do its magic and miracles.