MedTech Alumnus is Most Outstanding Fellow 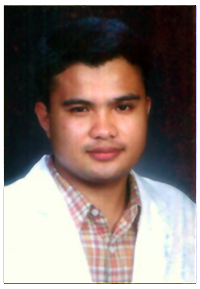 Dr. Wendell Espinosa, member of the Medical Technology Batch 1997, was awarded as Most Outstanding Fellow by the Department of Medicine of the Philippine General Hospital in Manila.  As such, he received an official invitation to the Young Clinicians Program to be held at The Bull at Gerard’s Cross in Buckinghamshire, UK and at the ExCel Center in London on November 19 to 25, 2009.  This is sponsored by the British Society of Gastroenterology.

This unique opportunity is being developed as a joint organizational venture between the host societies of Gastro 2009 (UEGF, WGO, OMED, and BSG) as well as the Association of National European and Mediterranean Societies of Gastroenterology (ASNEMGE).  Dr. Espinosa is the eldest son of Mrs. Eprol Espinosa, Political Science Faculty, and Judge Wennie Espinosa.