FR.PRESIDENT IS A GOLDEN BOY 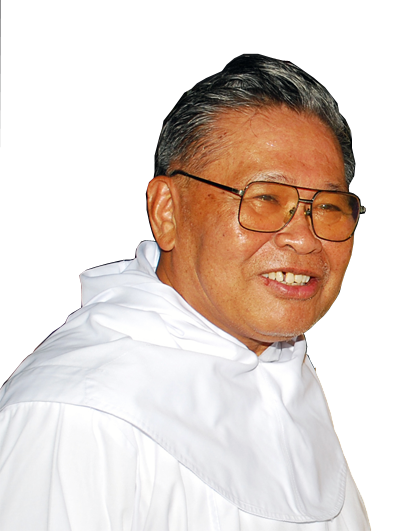 Rev. Fr. Emetrio D. Buñao, OAR, together with Rev. Fr. Dunstan Huberto Decena, OAR, will celebrate the 50th year  in the Religious Profession on August 24, 2013 in the university.          Fr. President is from Carmen, Bohol. He made his simple profession on August 24, 1963 in Monteagudo, Navarra, Spain.   The simple profession is a rite where a lay person is formally accepted to the Order of Augustinian Recollects. He made his Solemn Profession on August 24, 1966 at Marcilla, Navarra, Spain.  On September 24, 1967, he was ordained to the Sacred Priesthood.  He served most of the Recollect communities in the country, where in his 50 years of being a religious, he spent most of his ministry as religious administrator.  He was also a member of the Board of Directors of San Miguel Corporation from 1968 -1979.      He served as President of San Sebastian College – Recoletos, Manila (1979-1982)  and University of San Jose-Recoletos, Cebu (1988-2000) and Recoletos Social Outreach Center (RESOURCE) –Handumanan (2006 – present) and University of Negros Occidental –Recoletos (2012 – present).  In 2000, Fr. Buñao was elected as Prior Provincial of OAR Province of St. Ezekiel Moreno. Making him as the 1st elected Prior Provincial of the Province.   The program will start with a Thanksgiving Mass at the Oratory of St. Nicholas of Tolentino at 5 pm and will be followed by a simple program and tribute at the University lobby.