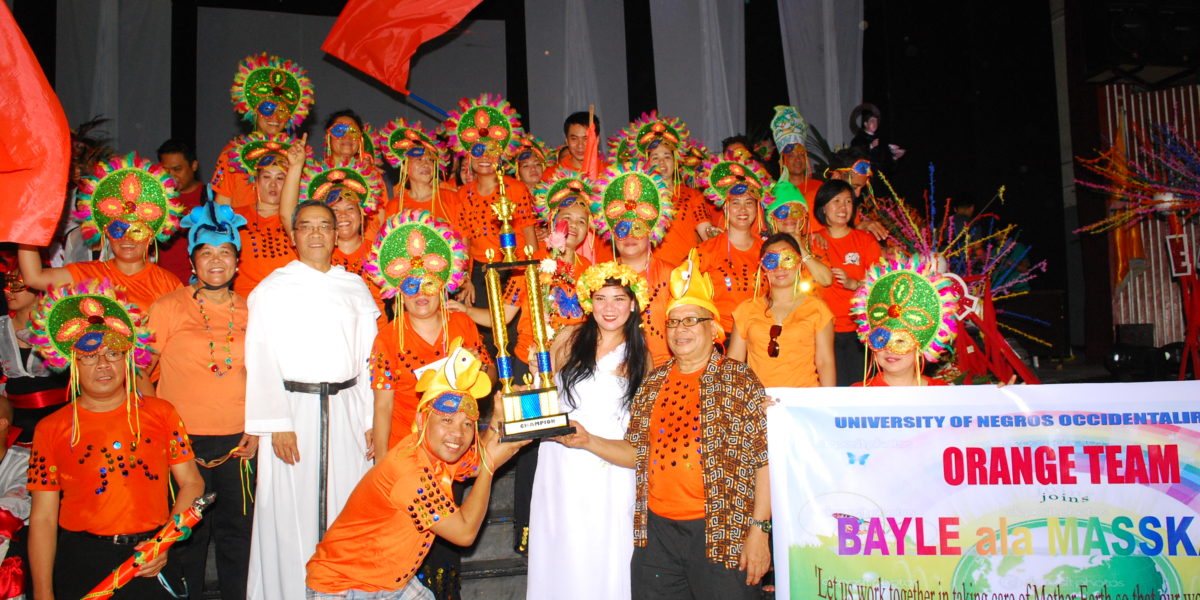 Composed of five competing groups of UNO-R employees, Bayle Ala Masskara, invaded the UNO-R grounds in their street dance and showcased their full choreography at the gym, Sept.10.

Dancers of Teams Orange, Red, Green, Blue and Yellow together with Religious Administrators, wore their best masks, costumes and smiles, and showed off their dancing prowess.

Team Orange got the first place. Teams Red and Blue got the second and third place, respectively.

Meanwhile, Teams Green and Blue got a consolation prize.

The competition aimed to promote unity and camaraderie among all UNO-R employees and to give them the chance to showcase their talents in the field of dancing.

By: Daisy May Nonato