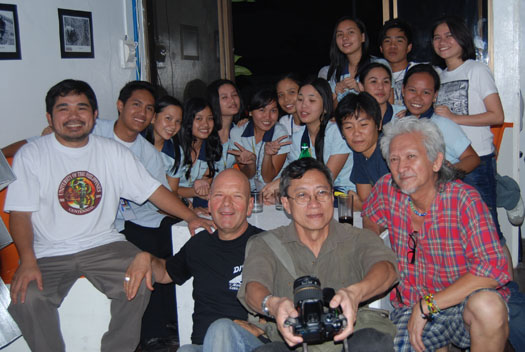 The success of Negros Occidental is due to sugarcane industry. It serves as an inspiration for the Heart Media Class 2009 to come up with a practical demonstration applying the principles of photography.

Heart Media class with Bro. Tagoy, members of Camera Club of Bacolod and the AAB-Negros.

The photo exhibit of the Heart Media Class is dubbed “Kartaps”, a colloquial term which is composed of two visayan words karga which means to carry and tapas which means to reap.

UNO-R Mass Communication Department in its solidarity with the celebrations of the National Arts Month and the 1st Negros Artekalye Festival, the exhibit was made at Escape Bar. It will run for two weeks.

The Camera Club of Bacolod (CCB) headed by Mr. Tonet Abong together with some local and international artists graced the said event.