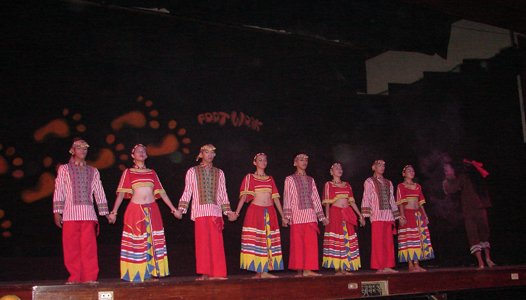 The UNO-R Kasadyahan Dance Company made a come back performance of “Footwork” at the UNO-R gymnasium last August 29, 2008 at 6:30 p.m.

“Footwork” is a production of the KDC under the direction of Mr. Ruel Calansingin. It is an evolution of dance steps and dance shoes and has a story presented through a dance play.

The Kasadyahan Dance Company has already performed for the province of Siquijor and the cities of Bais, Bacolod, Talisay, San Carlos, Kabankalan and Murcia in the past years.

KDC is now accepting invitations for the re-stage of Footwork in the different cities and municipalities of Negros.