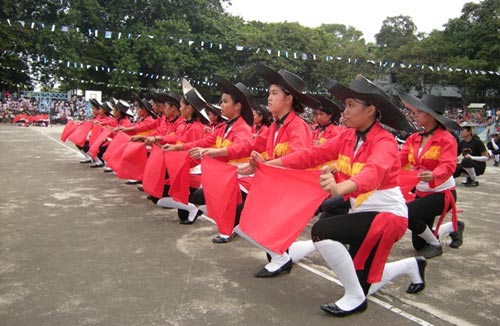 The awarding of winners of the litmus competition and the field demonstrations that gave tributes to Michael Jackson and bull fighting were some of the concepts that highlighted the Closing Ceremonies of U-Week 2009 on Sept. 12 at the UNO-R Amphitheater.

The UNO-R Engineering and Information Technology students under Mrs. Nona Garcia’s Physical Education I class in their matador-themed costumes, dancing to the beat of “Eye of the Tiger”.

University president Rev. Fr. Dionisio C. Cachero, OAR, together with the religious administrators and college deans, led the awarding of winners in the literary-musical contests.