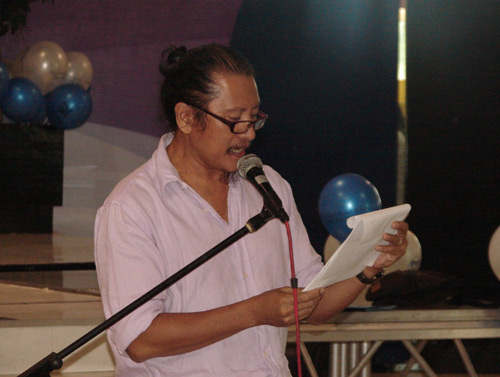 Negrense actor Lazaro, reading the story for the 134 children from Bacolod

Watching “in wide-eyed wonder as the readers acted out the stories they read,” the children were brought into a world of magic and flying creatures, on an umbrella journey and into the forest (VDS, 6Dec2010).

Manila-based movie, stage and television actor Ronnie Lazaro, a native of Sagay, led the group of readers who entertained the children.

The participants received “I read therefore I live” T-Shirts, free lunch, and gift items from the sponsors.