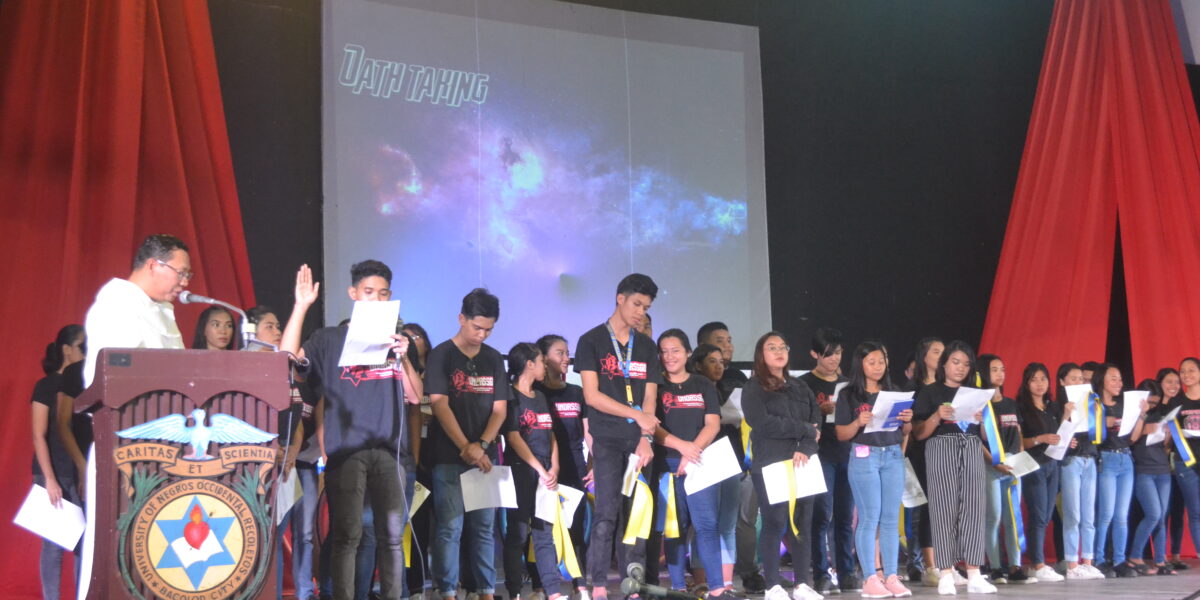 The University of Negros Occidental – Recoletos Supreme Student Government spearheaded the General Assembly 2019 at the University Gymnasium last June 27, 2019. The program opened with the parade of College Councils and campus organizations. This was followed by the opening formalities of the program where Dr. Dexter Paul Dioso, Director for Student Affairs gave the Opening Remarks. This was followed by the Oath taking of the UNORSSGO Officers for the school year 2019-2020. The SSG President took his oath before the Fr. President while the other officer took their oath before the SSG president. The energy of the program boosted after the colleges did their cheering. Katherine Joie Geanga, UNORSSGO Vice –President and Levi Tulmo, UNORSSGO President presented the SSG activities. An orientation of Student life and welfare was given. This was followed by games and a concert. Closing remarks was given by Mr. Tulmo. (Data from UNORSSGO) 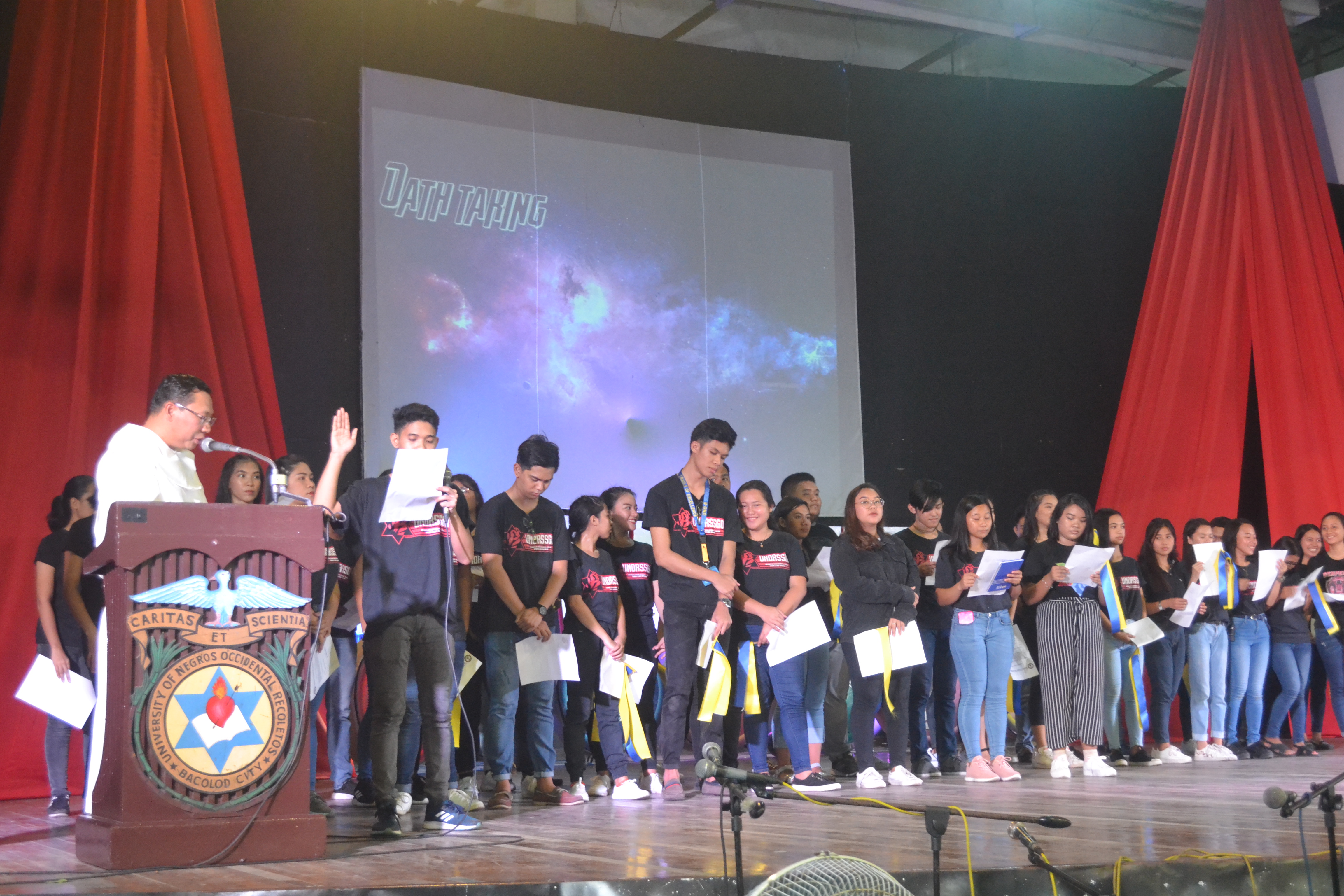