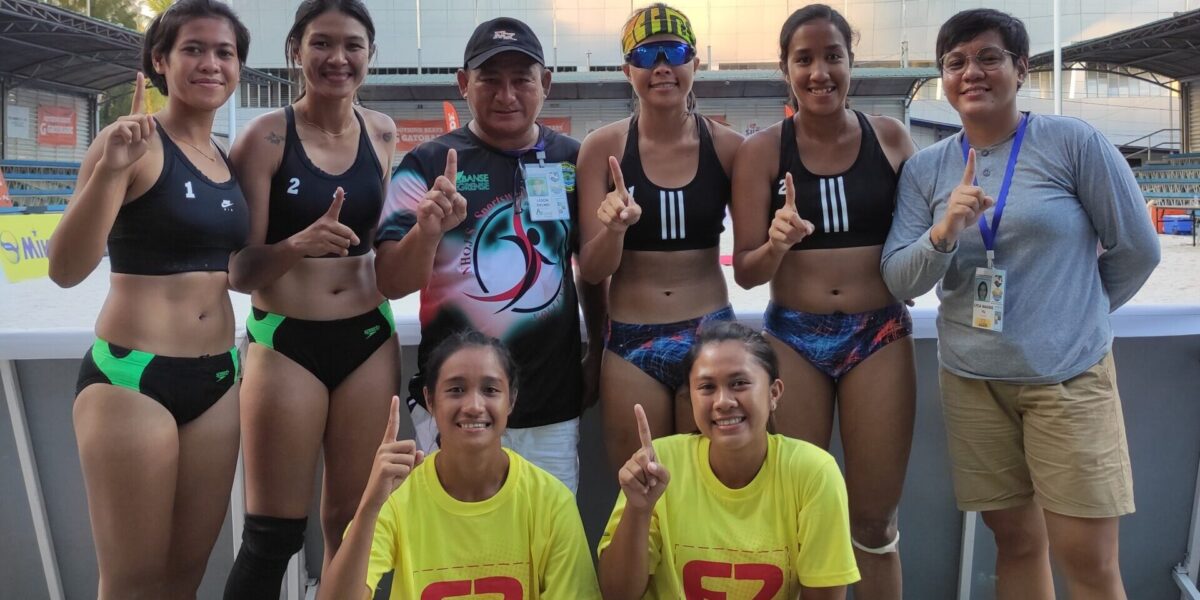 Magdato of Team A is presently connected with UNO-R as a faculty member of the College of Education. She is a former varsity athlete and team captain of the ladies’ volleyball squad of UNO-R during her senior year as an athlete. Her partner, Polidario, is also a volleyball varsity alumna of the University, and team captain as well.
Meanwhile, third placer Cosas of Abanse Negrense Team B is currently employed as a Dep-Ed teacher and just like Magdato and Polidario, she was also a team captain. Her teammate Villanueva is a third-year BS Criminology student.

Another UNO-R beach volleyball duo, Miss Kyla Malunes Gallego and Jenny Mar Señares, who are carrying the company name of F2Logistics, with their coach — Lycca Maxine Yu, finished 5th place.
The PSL Beach Volleyball Challenge Cup was the first beach volleyball tournament in the Philippines in a sports bubble concept.
The three-day competition was held from 26 to 28 February 2021 at the BV Courts in Subic Bay Metropolitan Administration (SBMA), Zambales.