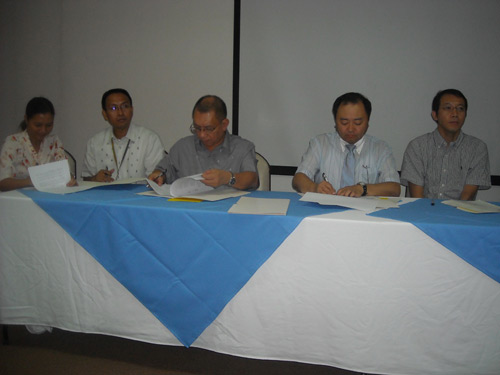 The President of the University of Negros Occidental –Recoletos and the President of the Kyoto and Ayabe Renaiss Hospitals signed a memorandum of agreementregarding the training of UNO-R College of Nursing Clinical Instructors in Japan.  The MOA signing was held at the UNO-R President’s Hall last January 10, 2011.

The ceremony was opened by Rev. Fr. Cornelio Moral,OAR,  UNO-R VP for Religious Affairs.  Before the signing of the MOA, Fr. President welcomed the guests and assured them of the support of the university in this endeavor.  It is also hoped that the partnership will improve more the knowledge of UNO-R College of Nursing faculty and students through the training of the CI’s in Japan.  Dr. Fugiwara  commended the previous batches of Clinical Instructors of their exemplary performances in Kyoto and Ayabe Renaiss Hospital.  He  even said that his hospital is willing to accept graduates of UNO-R after passing all legal Board examinations in Japan.