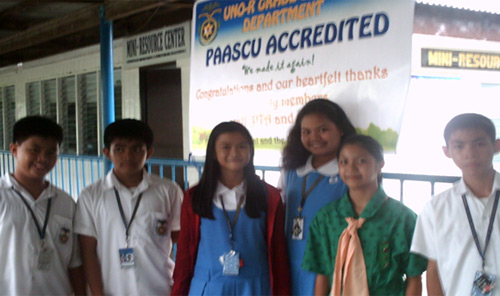 The Grade School Department will be having  its 5th  PAASCU re-accreditation in its  level II on August 2-3, 2010 with its Faculty and Instruction as its most weighty areas,  along with Administration, Student Services,  Instructional Media Center, Laboratories and Facilities.

Six MTG trainees ( Mathematics Trainers Guild) took the qualifying examinations in Mathematics and were given the certificates:  Certificate of Credits 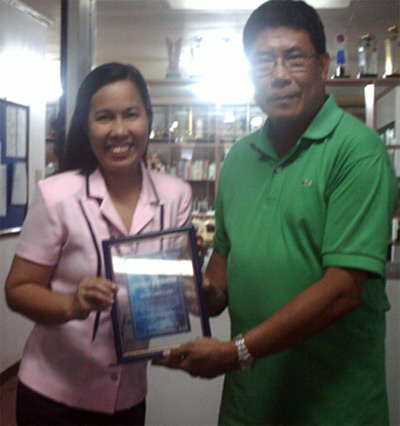 Silay City  awarded a Certificate of Recognition to the Grade III class of UNO-R Grade School for its outstanding community outreach program for the children of the sugarcane workers of Hacienda Adela, Silay City. The said program brought about cultural and educational interaction leading to the awareness and understanding of both sectors in the reality of Negros society. The plaque of recognition was given by Mr. Ver  F. Pacete, the Tourism Officer of Silay City Tourism Division.