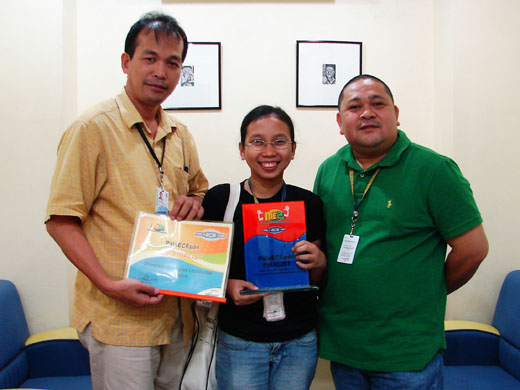 The contest proper at the SM Megatrade Hall in Mandaluyong City, Metro Manila.

The Top 5 finalist of the SMART PalaECEpan Quiz Bee.

This is UNO-R’s second consecutive time to be qualified to the finals in the quiz bee sponsored by SMART. Last year’s quizzer Edward Warren Torres won the championship title against thirty-seven ECE schools in the Philippines in a brain battle held at SM Megatrade Hall in Cebu.