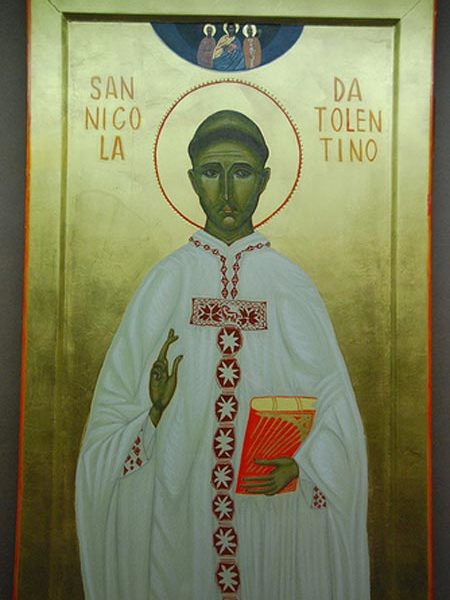 In honor of the Patron Saint of the University of Negros Occidental – Recoletos, St. Nicholas of Tolentino, the university will hold  Septenary Masses from Sept. 3 to Sept 9,2010 and his Feast day on Sept. 10, 2010. St. Nicholas is also the patron of the poor souls in Purgatory.

The Septenary Masses schedules: September 03 at 8 a.m. with Fr. Segundo Chua III on St. Nicholas, a wanted child; Sept. 04 with Fr. Alvin Norbert Canada , MMHC on St. Nicholas, a child with earnest thoughts ; Sept. 5 at 8 a.m. with Fr. Dionisio Cachero,OAR on Spreading the good odor of Christ and at 6 pm with Fr. Emeterio Bunao,OAR; September 6 with Fr. Arnold Deletina on Apostolic zeal and spirit of prayer; September 07 with Fr. Ronald Quijano on the star of Tolentino; and September 08 with Fr. Chris Gonzales on Devotions to Mary and the blessed loaves; and September 09 with Fr. Andy Satura, SDB on Nicholas patron of the poor souls in purgatory.

St. Nicholas was an Augustinian Monk.  He was concerned of the sick and needy and was not ashamed to quest alms for the upkeep of his community.  He was remarkable for his spirit of prayer, penance and devotion to the Holy souls.  He was an outstanding wonder-worker and was canonized in 1446.  His body was lost but his arms were preserved and it is said that when a calamity is about to happen to the Church and the world, the holy arms bleed.

Every year , the Blessed Loaves of St. Nicholas are available at the Oratory named after him at  UNO-R Bacolod.