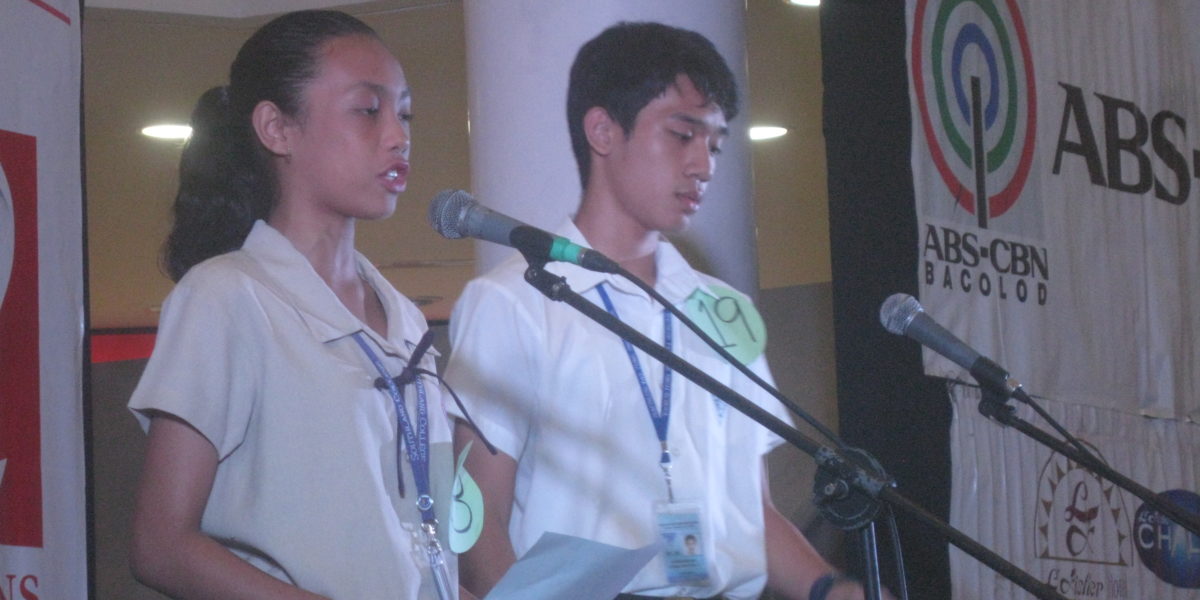 The second and third screening of the 7th Province-wide Newscasting Competition will be held at the Fr. Cuenca Hall on August 11 and 18. The competition is sponsored by ABS-CBN – Bacolod, UNO-R Administration, Office of the CAS Dean, and UNO-R Mass Communication Department. The Newscasting Competition started as an inter-department competition within the College of Arts and Sciences. Then, later became an inter-college competition in UNO-R. Today it has evolved into a province-wide competition.  Ms. Yasmin Pascual-Dormido and Dr. Nieves Hibaler-Pepito and the English and Mass Communication Department Faculty members are pioneers of the project.