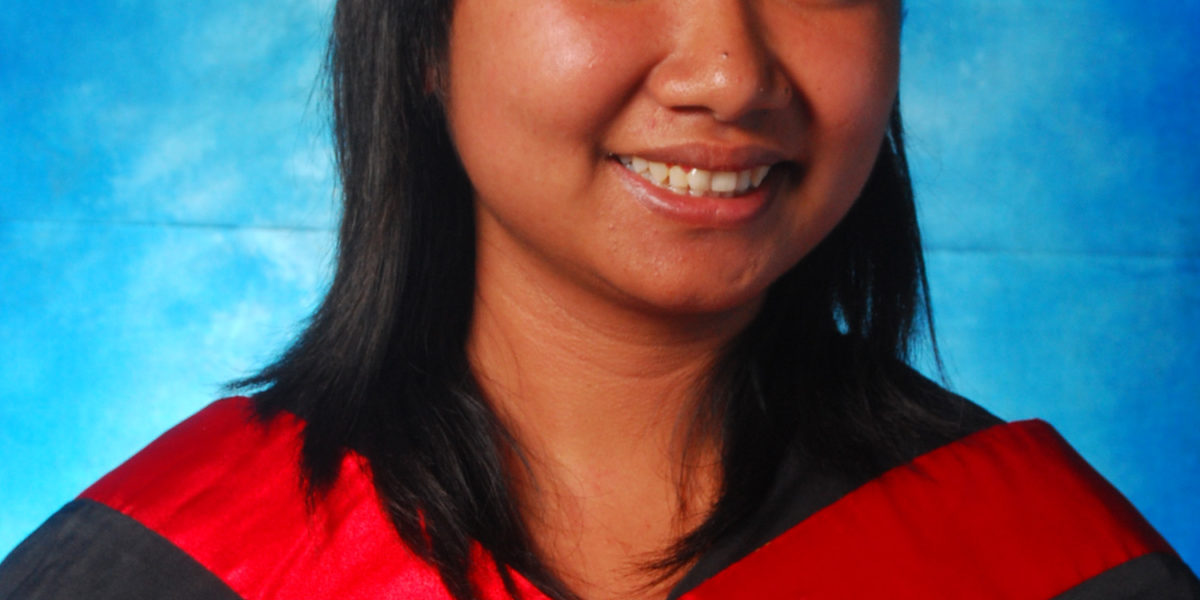 At UNO-R, she served as Social Work Society President and Managing Editor of the Tolentine Star. She was also a recipient of the Gold and Platinum awards of the college as a Dean’s lister.

Ayala Young Leaders Congress (AYLC) invited her to be a rapporteur in 2011 while she was a delegate to the AYLC in 2010. She was also named as one of the finalists in the “the Outstanding Students (THOS) by JCI-Bacolod in 2010 and was a finalist also in the Ten Outstanding Students in the Region (TOSP).

Among her social involvement includes being President of the Youth and Students Against Gender Equality(YSAGE), member of the Coalition Against Trafficking of Women in Asia Pacific, volunteer of the Gawad Kalinga, and a contributor of the Misyon Magazine.

Recently, UNO-R also had a 7th placer in the Nursing Board Examination in the person of Karl Marie Tuvilla.