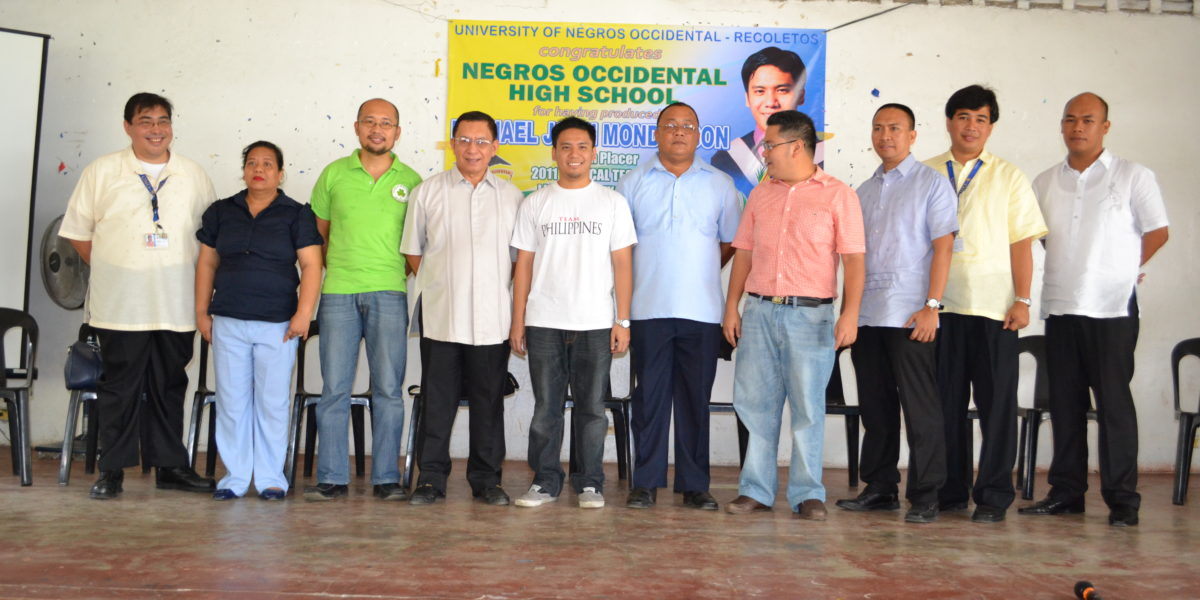 The University of Negros Occidental-Recoletos and College of Arts and Sciences honored  Negros Occidental High School and the City Government of Bacolod in a simple ceremony  for producing a 7th placer in the in the Medical Technology Licensure Examination 2011 in the person of Michael John A. Mondragon.  The recognition of the high school where the Board  top notch graduated from is a new addendum to the linkage program of the university where it recognizes the efforts of the High Schools in molding the basic education of the person.  Likewise, the university also recognizes the local government of a city or municipality in producing an exemplary citizen like that of the top notchers in the board examinations.