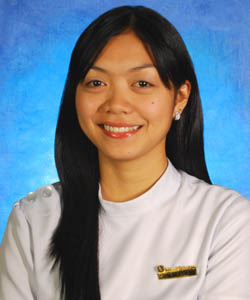 Moreover, it scored a 100% passing in the board exam, driving the UNO-Rians attending the Concelebrated Mass on the Feast Day of San. Nicolas de Tolentino to a roar of applause as the achievement was announced by University President Rev. Fr. Sixto Bitangjol, OAR.

The good news was disclosed by College of Arts and Sciences Dean Rev. Fr. Joel Alve, OAR, to Fr. Bitangjol, who was surprised to get an early morning knock at his door.

Assistant Dean Marian Eusoya heads the Department of Medical Technology of the College of Arts and Sciences.