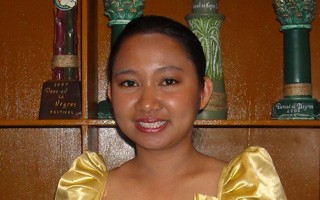 The finalists were brought to different schools in the province to inspire other young people to follow their footsteps as good citizens working for the common good.

UNO-R was one of the venues chosen for the youth encounter.  Awarding was April 15, 2011 at the Social Hall of the Negros Occidental Provincial Capitol.