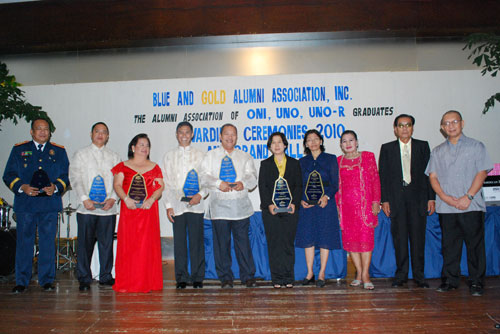 BGAAI conferred The Outstanding Award to 7 of its members during the Awards Night and Grand Ball on September 25,2010 at Sugarland Hotel at 7 in the evening.

Class 1960, the golden jubilarians; Class 1970, the Ruby Jubilarians; and Class 1985, the silver Jubilarians are the sponsors of this year’s alumni homecoming. Alumni from the different colleges of the university are expected to grace the affair.