NEW OAR PRIOR GENERAL AND COUNCIL 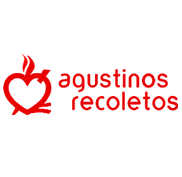 A Spanish Augustinian Recollect, born in Madrid in 1965, has been elected Prior General for the 56th General Chapter, which is being held in Rome.

The participants in the 56th General Chapter have elected this Tuesday, March 22, Miguel Ángel Hernández Domínguez as Prior General of the Order of Augustinian Recollects. The Spanish religious, born in Madrid, will be in the government service of the Order in the period 2022-2028.

In this way, he succeeds Miguel Miró, who has held the position of Prior General for the last twelve years. The chapter has elected its new Prior General after all the provisions and proposals have been voted. The new Superior General of the Order will now have to choose his council, which will be endorsed by the General Chapter.

Miguel Ángel Hernández Domínguez was born in Collado Villalba (Madrid, Spain) on January 19, 1965. After completing his novitiate in Los Negrales (Madrid) and Burgos, he made his simple profession on June 24, 1989, and, later, in the same place on December 10, 1988, he made the solemn profession of his vows as an Augustinian Recollect. He was ordained a deacon in 1989 in Madrid, by the Auxiliary Bishop of the same diocese, Msgr. Luis Gutiérrez. Months later, on June 30, 1990, also in Madrid, the Augustinian Recollect bishop Msgr. Florentino Zabalza ordained him a priest.

From that moment until 2006, Miguel Ángel Hernández carried out his pastoral work in Brazil, first in Rio de Janeiro, later in Sao Paolo and, later, in Belém do Pará, in the latter place as a trainer. In the period 2000-2006, for two trienniums, he carried out the work of Provincial Vicar. On July 20, 2006, the Provincial Chapter of the Santo Tomás de Villanueva Province elected him Prior Provincial, a position he held until 2012.

For six years, Hernández dedicated himself to the formation of young Augustinian Recollects, first in the Monteagudo novitiate and later in the Theology in Granada. In 2018, the religious of the Santo Tomás de Villanueva Province again elected him Prior Provincial, a task to which he was dedicating himself at the moment.  (https://www.agustinosrecoletos.com/2022/03/miguel-angel-hernandez-prior-general-agustinos-recoletos/?fbclid=IwAR0E803Lg-A4uaUXK5aPd7_v4qTcADJGre3Rjsp4R0mEELG3xsptfllJ508)