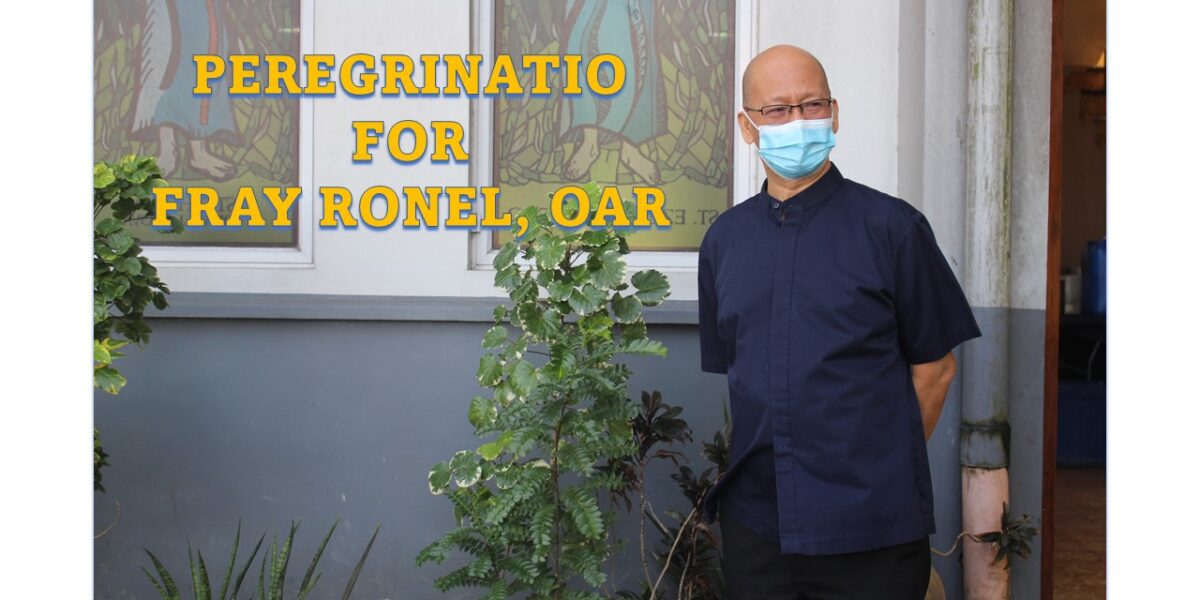 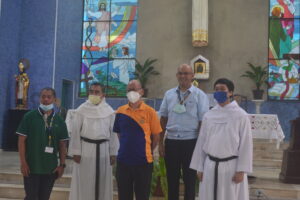 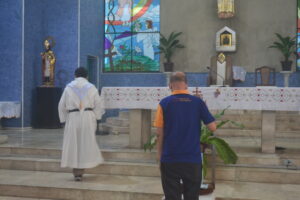 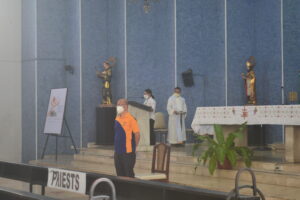 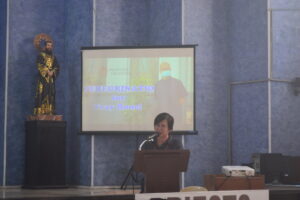 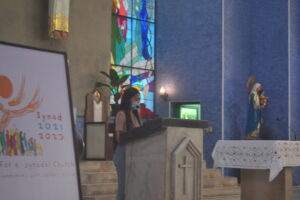 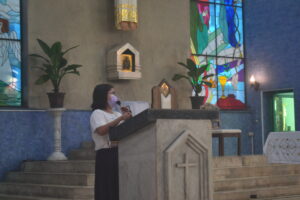 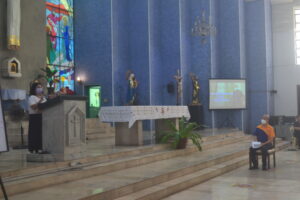 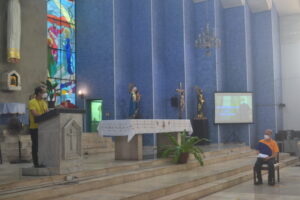 The program opened with the opening prayer led by the CMO while Recoletos de Bacolod Vice-Prior, Fray Cristituto Palomar, OAR read the document for the new assignment of Fr. Ronel. Messages and testimonies were given by Tisha Lyne Barco (read by Rannela Anquellas); Mrs. Catherine Sebastian; and Mr. Mariano Antenor. 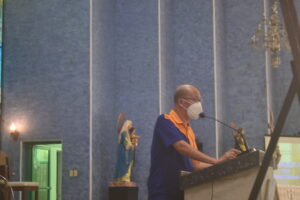 Fr. Gealon opened his response by saying, “This is it. I am leaving UNO-R on February 20 for an urgent assignment in a 23-hectare land in Pililia. He added that the patente instructs me to turn over the responsibilities, so this morning I had turned -over the presidency of RESOURCE-Handumanan to Fray Jose Alden Alipin, OAR. He also thanked the community for the joy and life; the difficulties and challenges and for considering him as Priest, brother, religious, counselor, adviser, Lolo, and friend.” Above all, He gave thanks to God for accompanying him and continuing to accompany him.

Fr. Palomar with Ms. Rowela Javier awarded the certificate and token of appreciation. The program ended with a community singing and agape at corridors of the office of the VP Administration. 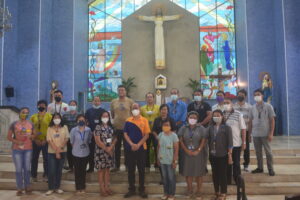 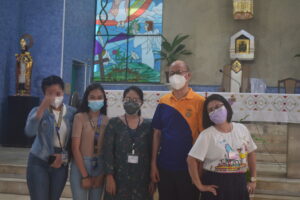 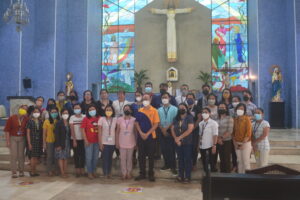 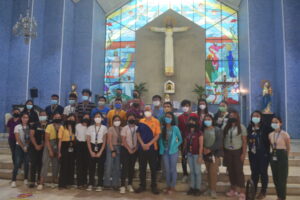 “Peregrinatio” means pilgrimage and was adopted from St. Augustine’s City of God. This will be the term that will be used for future send-off ceremonies for any member of the university community.