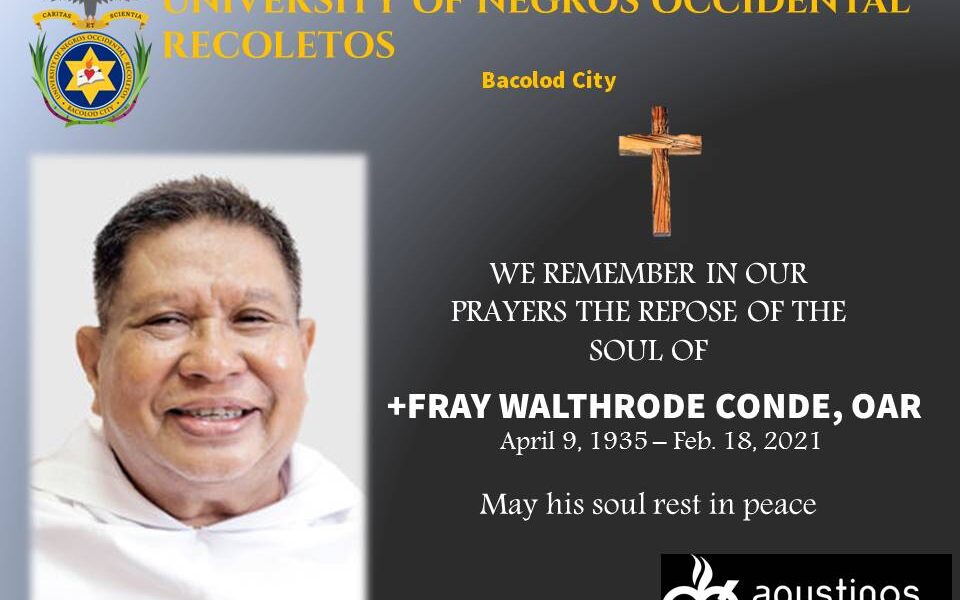 Fr. Walthrode Conde, OAR joined our Creator last February 18, 2021. At 11:10 pm, his attending Physician had declared that the cause of death of Fr. Conde was Septic shock. Farewell , our dear Father.

Fr. Conde was a pillar of the Order of Augustinian Recollects being the most senior among the Friars of the Order. He had served most of the OAR schools in the country in different capacities.

At UNO-R, Fr. Conde served as Treasurer, Dean of Religious Education, Coordinator of the School of Agriculture; and Director of Human Resource Management and Development Office.

Eternal Rest grant unto Fr. Walthrode, O Lord and let perpetual light shine upon him. May he rest in peace, Amen. 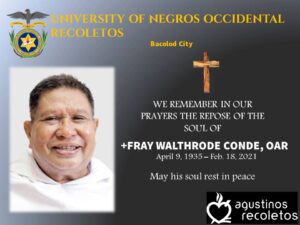