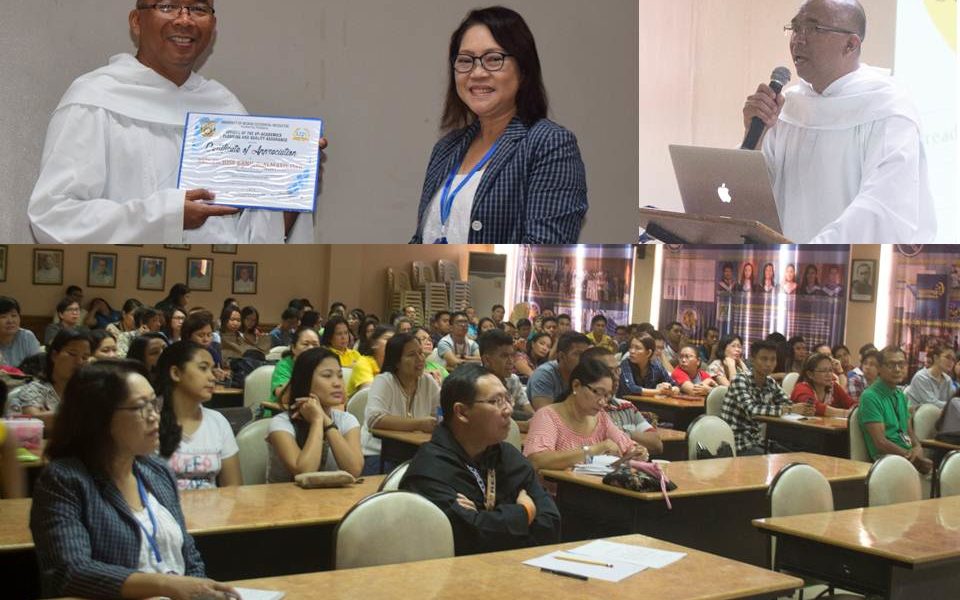 In a bid to create a clear and consistent visual identity for the University of Negros Occidental – Recoletos, the UNO-R Human Resource Management and Development Office held a Seminar on Recoletos Branding – a half-day session conducted by Fray Jose Ernil Almayo, OAR and attended by Academic Non-Teaching Personnel, Non-Teaching Personnel, and Maintenance Personnel on May 27, 2019 at the UNO-R President’s Hall.

Inspired by this endeavor, the Recoletos Educational Apostolate in the Philippines assembled a Committee on Visual Identity – a group represented by different OAR schools who will oversee Recoletos branding as a whole without sacrificing the uniqueness of each institution.

This movement prompted the creation of programs that will underscore or enhance a REAP Institutions lack of a clear visual identity.

Recoletos Branding addressed the lack of clarity about the UNO-R’s image and will spearhead the adoption and spread of UNO-R’s official branding on campus and across Negros Occidental. The session included basic explanations on design theory, color theory, typography, and Visual Identity which will communicate UNO-R’s overall message, and set of values to Increase visibility and recognizability, Enhance brand image and reputation, Express organizational structure, and Inspire a sense of belongingness.

The Recoletos Branding seminar is part of the three-topic UNO-R In-Service Training 2019 for ANTP, NTP, and Maintenance Personnel. UNO-R INSET 2019 topics included MS Office 365: Tools for Office Operation held on May 20, and ISTV – Succeeding in Business held on May 30, 2019.