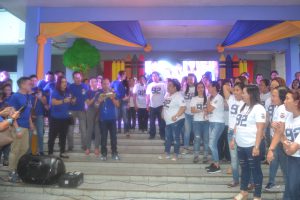 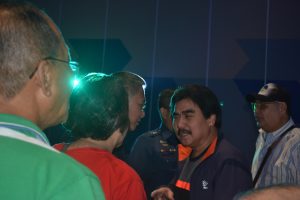 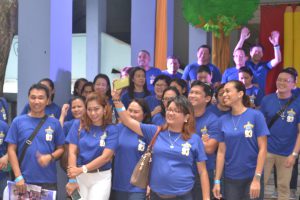 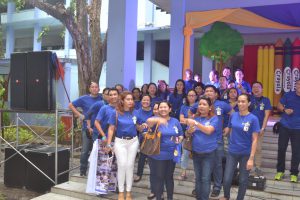 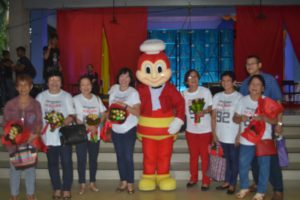 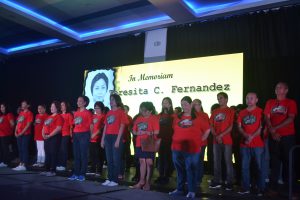 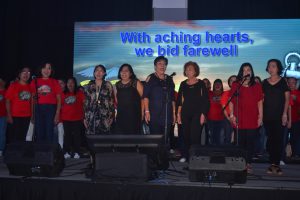 The Blue and Gold Alumni Association, in cooperation with HS Class ’67 (Golden Jubilarians); HS Class ’77 (Ruby Jubilarians); HS Class 92 (Silver Jubilarians) held its Grand Alumni Homecoming last September 30, 2017 at the UNO-R campus and SMX Convention Center, Bacolod. The celebration opened with the Holy Sacrifice of the Mass with Rev. Fr. Persiuz Joseph Decena, OAR at around 9:30 am. The program proper started at 11 am with the singing of the Blue and Gold March and the Alma Mater Hymn. Dr. Angelus Diamante welcomed the alumni while Rev. Fr. Don Besana, OAR gave the inspirational message. Director for External Affairs, Carlos Eduardo Legaspi, Jr. presented the project on IS building. Presentation numbers were rendered by different classes and batches. The alumni were entertained by the Jollitown characters of Jollibee. The Teachers of HSBatch 1992 were also given tribute. The Distinguished alumni achievers were also honored by Class ’92. Ms. Yasmin Pascual –Dormido gave the response in behalf of the awardees. The program ended at around 3 pm. The Grand Alumni Night was held at the SMX Convention Center. The Night was sponsored by HS Class 1977, the Ruby Jubilarians. The night started with the Inspirational message of Rev. Fr. Don Besana, OAR. It was followed by the Dinner and the awarding of the Distinguished Alumni Achievers. Dance numbers were presented by the Golden and the Ruby Jubilarians. The Mayor of Bacolod Hon. Evelio Leonardia, Law class 1979, graced the occasion.