A Memorandum of Understanding (MOU) between University of Negros Occidental-Recoletos and Changshin University of South Korea on Social Work Signing Ceremony was held at the UNO-R Mass Comm Studio, 12 November 2015.    According to Fr. President, Rev. Fr. Eduardo S. Celiz, Jr., OAR, “this partnership is an opportunity for the students of both universities to learn new ideas.”  The said MOU signing ceremony was attended by Mr. Jungwook Kang, Ph.D. (Changshin University President), Ms. Jumi Jang (Chair – Department of Social Welfare, Changshin University), UNO-R Religious and Lay Administrators, some of the faculty members of both universities, and Social Work students of UNO-R.  Changshin President Kang said: “We are looking for a Filipino university that has the capability of catering to our needs, and a certain institution that has a high degree of education offering Social Work degree program.  Fortunately, we knew about UNO-R, so we chose it.”  He added, “Throughout this program, both students and faculty can have an opportunity to study and learn new technologies, innovations, and customs”.  During the ceremony, Ms. Richelle Verdeprado (Faculty Member of UNO-R SOBESSOW Department of UNO-R) gave an overview on how Social Work was established in the university.  In addition, Ms. Mely Flores (UNO-R UCDO Supervisor) gave the rationale of the program. The MOU between the Universities was signed by the Presidents while the MOU between the Department of Social Welfare (Changshin University) and Social Work Department (UNO-R) was signed by Dean Annabee Magbanua and Ms. Yu-Mi Jang (CS).  UNO-R Director for External Affairs, Dr. Carlos Eduardo Legaspi,Jr. gave the closing remarks. The emcee was Mrs. Judy B. Legaspi. (Lourd John Diaz, BSMC 3) 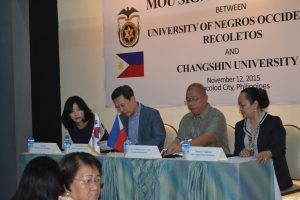 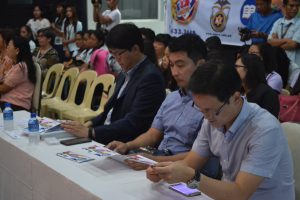 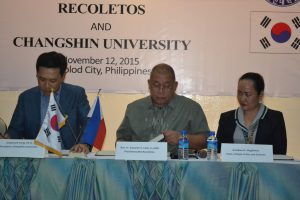 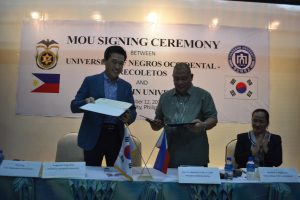 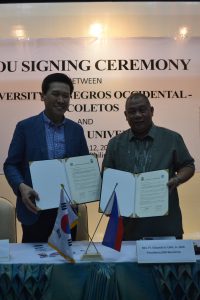 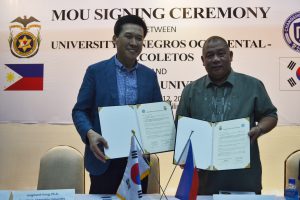 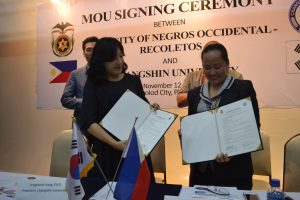 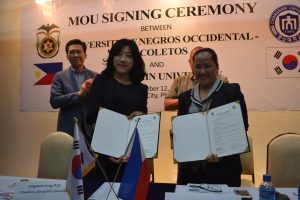 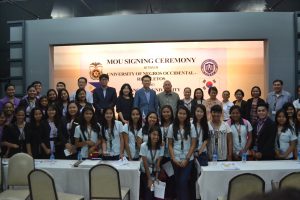 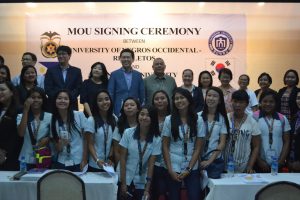