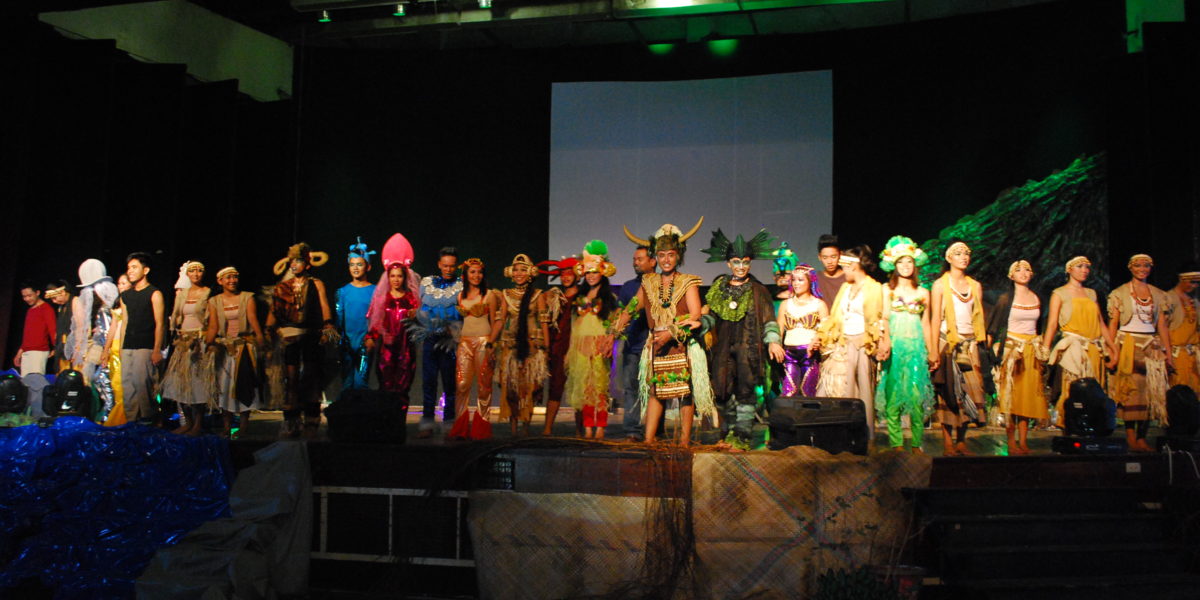 The KDC dancers in their curtain call (JUSTIN TABLIGAN Photo)

A dance drama presentation entitled “Tubo” was presented by the Kasadyahan Dance Company directed by Mr. Ruel Calansingin at the Gymnasium last Sept. 6.

The story evolved on the story of friendship and betrayal. Marapara was engaged to Kanlaon, Prince of the hunters. Kanlaon was thought to be drowned in the sea during the fishing spree with Silayan, Prince of the sea. There was a romance developed between Marapara and Silayan while they prepared for Kanlaon’s funeral. When the two was about to get married, Kanlaon arrived and challenged Silayan to a fight. Marapara was accidentally hit with a spear by Kanlaon which was actually for Silayan. Marapara was buried in a hill, and a long, green stalked plant rose; inside such stalk was a sweet tasted juice, now called “tubo.”

Fr. Louie Gabinete, OAR was the Executive Director of the show.