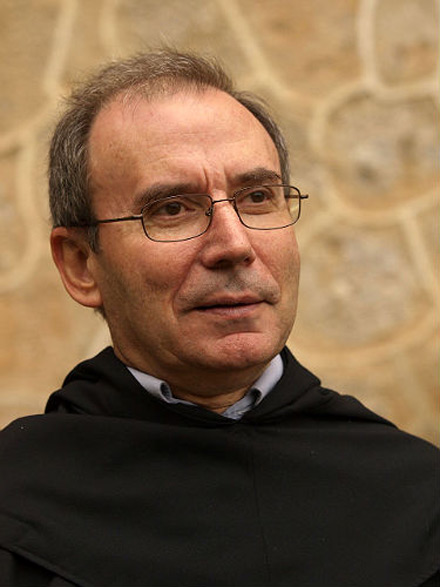 The 38 Augustinian Recollects assembled in General Chapter since last October 4 elected, on Wednesday afternoon, 10 November, their new Prior General for the next six years.

The new prior general and his council will take charge of putting into practice the directives proposed by the General Chapter for the sexennium. Succeeds Basque Javier Ayala Guerra which has been at the forefront of the institution the last twelve years in Office.

Miguel Miró Miró worked as a formator in different Recollect seminaries in Spain. Between 1978 and 1982, he formed minor seminarians in Lodosa (Navarra), where he was ordained priest. Then he was assigned to the seminary in Fuenterrabía, Guipúzcoa (Basque Country) and in 1983 he was a formator in the high school-Semario San Agustín in Valladolid (Castile and León), going back to Lodosa in 1984-1988. In 1988 he was appointed Master of Novices at the convent of Monteagudo (Navarra), a post he occupied until 1991, when he was assigned to Marcilla (Navarra) to take charge of the young religious in the Augustinian Recollect Center of Theological Studies. In 1995 he was sent to Rome (Italy) to pursue higher studies of Spiritual Theology at the Gregorian University, where he obtained the Licenciate degree in 1997. That same year he was elected by his confreres in the Province of Saint Nicholas of Tolentino as Prior Provincial for three years. He was reelected in 2000 and at the end of the term in 2003 he was sent to Marcilla as local prior. In the General Chapter in 2004 held in Rome (Italy) he was appointed Vicar General of the Order. 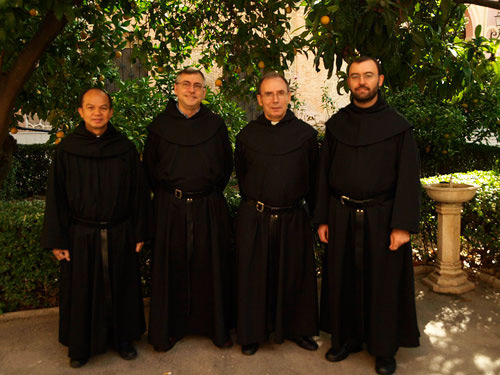 It so happens that Fr. Miguel Miró is the only Catalonian religious among the 1,136 Recollects at present. The Augustinian Recollects come from 28 countries, with Spain, having 526, being the country with the highest number of friars, followed by the Philippines (155), Colombia (117), and Brazil (97).

At present, the Augustinian Recollects are organized in 8 religious provinces spread in 195 communities in 19 countries. Among them are 20 bishops and they administer 9 mission territories. The Order’s ministerial apostolate includes 184 parishes and 51 educational centers, with more than 75,000 students in their care.

THE GENERALATE COUNCIL
On the day of All Saints of the Order, we had a special schedule being the last of the chapter. In the morning after the liturgical prayer, we gathered in the hall, received the final acts for their reading, approved the message of the chapter and went out to work individually or in commissions.
In the afternoon, we received some greetings and communications, then we approved the acts 85-102 and a vote of confidence was given to the last act which will be number 103. After a short break, we returned to the hall to go on with the election of the general council members:
First councilor and vicar general: Jose Ramon Perez Saenz
Second councilor: Jose Maria Sanchez Martin
Third councilor: Julian Antonio Hincapie Lopez
Fourth councilor: Pablo Panedas Galindo
Fifth councilor/Procurator before the Holy See: Samson Silloriquez Subaldo
Sixth councilor/Secretary: Sergio Guadalupe Camarena Lara
At sundown, we left for Granada for the celebration of the Holy Mass that was held at the church of the Recollects at Hospitalicos which, after many months of restoration works, would open its doors to worship.
The Holy Mass for the closing of the chapter will take place, and after lunch, the majority of the capitulars will leave for Madrid and from there to their respective places of apostolic service after several weeks of absence.