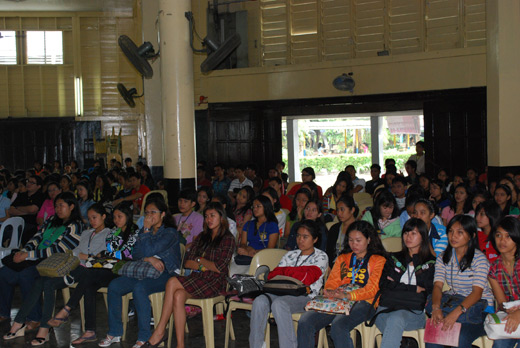 Mr. Paolo Benigno “Bam” Aquino, former commissioner of the National Youth Commission, fellow of Asia society Foundation’s Philippines 21 Program, and TAYO (Ten Accomplished Youth Organization) Awardee visited UNO-R on the 15th of January to speak before the students in a forum at the University Auditorium.

The forum started with a video documentary on the last days of Ninoy.  In his talk, Bam emphasized the great role of the youth in nation building.  He also urged everyone to be vigilant and to actively participate in all democratic exercises.

The forum was sponsored by the Office of the Vice President for Student Welfare, UNO-RSSGO, Aksyon Pamatan-on (an organization focused on youth values formation and empowerment), and Office of the Councilor Jocelle Batapa-Sigue.