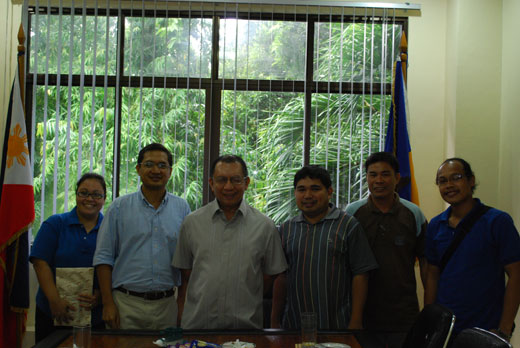 Guided by the principle that education is not contained within the four corners of the classroom, the UNO-R Administration is cooperation with Bayan – Muna – Negros held a forum on Con – Ass at the UNO-R President’s Hall last Monday, June 15, 2009.

Speaking before more than 250 students and Faculty members was BAYAN – MUNA representative Teddy Casiño. He invited the participants to “look back ad forward” in the state of the Constitution of the Philippines. He stressed that the Con – Ass, that was spearheaded by majority of his colleagues in Congress, is to cater to the interests of GMA and others, who want to stay in power. He also hinted that the procedure adopted by Congress in the passage of HB 1109 was similar to the passage of  other non-sense bills. He commented that it was like passing a Commendation Bill.  Casiño referred to the passage to the Bill as more scandalous than the sex scandal which circulated simultaneously with the HB 1109.

Furthermore, he challenged everyone to let the 5 Congressmen of Negros to explain why they have co-authored HB 1109 Representatives Jules Ledesma and Monico Puentebella were the 2 congressmen who have not signed the bill for Con-Ass.