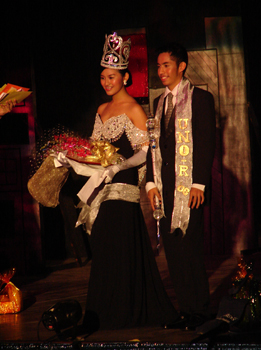 Except for IT and engineering, the faculty members of each college performed the intermission numbers, an added attraction in this year’s pageant.

All major winners received trophy and cash from the SSG, bouquets from Khaya’s, bags from Convergys, GC Spa, and gift packs from Unilever while the title holders also got travel package from Jaunts and Journeys.

Gift packs were also given out to Corporate Awardees by their respective sponsors.