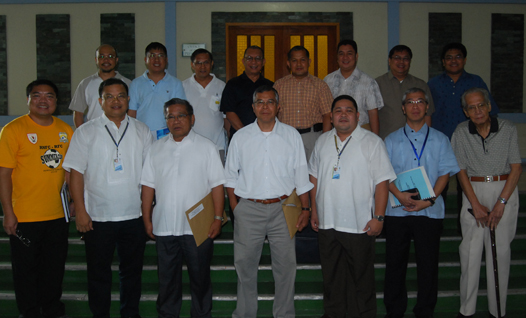 In a meeting of the Board of Trustees of the University of Negros Occidental- Recoletos, Inc. on July 1, 2008 at the UNO-R President’s Hall, the Board named news officers.

Their appointments took effective upon election until the election of the new set of officers for the next term come March 2009. The Board of Trustees is presided by its Chairman, Fr. Lauro V. Larlar, OAR, Prior of the Province of St. Ezekiel Moreno.