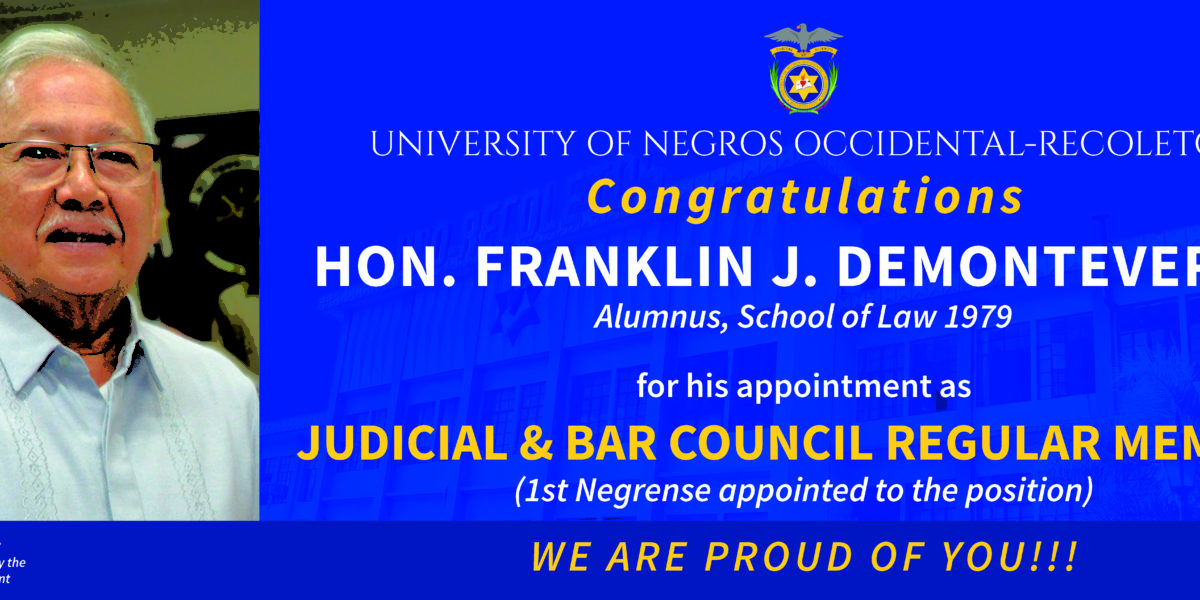 The President of the Republic of the Philippines appointed former Judge, Honorable Franklin J. Demonteverde as a permanent member of the Judicial and Bar Council of the Philippines. According to the message of Dean John Paolo Villasor, “With Judicial and Bar Council (JBC) Member representing the IBP, the Hon. Franklin J. Demonteverde, the highest ranking UNO-Rian in the national government today. As a constitutional office, the JBC’s primary task is to screen and recommend appointees to the Judiciary, from Chief Justice to Municipal Trial Court Judge, the Office of the Ombudsman, and the Legal Education Board for the President’s consideration. Only those appearing on the JBC list may be appointed by the President to the Judiciary, the Office of the Ombudsman and the Legal Education Board. (As embodied in the Philippine Constitution, Art. VIII, Sections 8 & 9)”