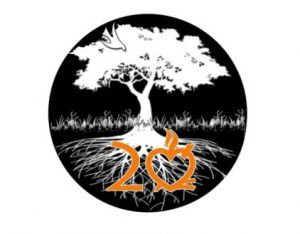 QUEZON CITY – “The countdown to the celebration of our Province’s 20th ‘birthday’ on November 27-28 is in its last three weeks,” wrote Fray Dionisio Selma, OAR, Prior Provincial, in his official communication released Tuesday and addressed to all religious of the Province of St. Ezekiel Moreno. The two-day program will commemorate the creation of what was then the eighth Province of the Order of Augustinian Recollects in that historic 52nd General Chapter held in Monachil, Granada, Spain 20 years ago. On November 28, 1998, the 36 delegates of that General Chapter unanimously approved the establishment of the new Province which, in compliance with ordinance number 19, was to be named after St. Ezekiel Moreno. St. Ezekiel is apparently the only patron of a Recollect Province who once lived and toiled in that same Province. Father Ezekiel who received the minor orders, and was ordained as deacon in Iloilo and as priest in Manila, ministered to the people of Mindoro, Palawan, Las Piñas, Santo Tomas in Batangas, Santa Cruz in Manila, and Cavite, registering a total of 15 years in the Philippine soil from 1870 to 1885. Moreover, the said establishment was tantamount to the elevation of what was merely a Vicariate of the Philippines and China to a status at par with the Province of St. Nicholas of Tolentino to which, as a vicariate, it previously belonged. In gratitude for the manifold blessings for the last two decades, the anniversary activities will be hosted for reason of space, facilities, and manpower by the Recoletos de Miranila community in Quezon City. The theme, “Witnesses of Gospel Values: Deepening of Faith and Discernment of Vocations among Youth and Consecrated Persons,” hybridizes those of the universal and Philippine Church as well as those of the Order and the Province. The first day will focus on the get-together of the Recollect religious from the different pastoral nooks of the Province. As in a family or clan reunion, there will be a sports festival, schedule for common prayers, meals and socialization. Father Provincial will preside the 7:00 AM Opening Mass at Our Lady of Consolation Parish church and, later, in the evening, he will meet and dialogue with the brothers who will first introduce themselves by batch. The launching of the Five-Year Preparation for the silver founding anniversary of the Province will highlight the second day. In the morning, the religious will listen to two talks—on the history of the Province of St. Ezekiel Moreno and on consecrated life and climate change. In the afternoon, the Life and Mission Project of the Province for the quadrennium 2018-2022 will be presented for clarification and owning. His Excellency Teodoro Bacani, bishop-emeritus of Novaliches, will preside the 6:30 PM Eucharistic celebration. Aside from this Province-level affair, Father Provincial also encouraged a local-level activity “to allow a wider and more inclusive celebration of the 20th founding anniversary of the Province among members of the Recoletos Family and constituents of the local communities, and to disseminate the yearly thematic program and the long-range preparation for the 25th founding anniversary celebration.” With such degree of formative significance of the celebration, Father Provincial in his November 6 follow-up letter said: “May I reiterate my invitation to all the brothers to come and join in this significant milestone,” putting emphasis on the phrase “all the brothers” despite being aware that there could be some “who may not really be able to come due to distance, health or whatever grave reason.” As of to date, the Province’s 179 religious are spread in nine (9) countries of the Recoletos world: Philippines, Taiwan, Sierra Leone, USA (including the Commonwealth of the Northern Mariana Islands), Italy, Spain, Cuba, Colombia, and Indonesia. And what used to be, for many years, a Filipino-majority Province, is now paving the way for diversification, with the membership of two Nigerians since 2014, and, soon, God willing, with vocations coming from Indonesia. This expansion of the Recollect presence spearheaded by the Province marks a great improvement when one reads again the Decreto de Erección which states: “The new Province is made up of the houses which belong to St. Nicholas of Tolentine Province in the Philippine Republic, those of Linyuan and Santimen in Taiwan (Republic of China), and the mission of Sierra Leone.” But, above all, as depicted by the heart and the number 20 in the anniversary logo, the St. Ezekiel Province—the only one that was not merged with another Province of the Order during its 2016 General Chapter which reconfigured the previous eight (8) Provinces to only four (4)—is called “to remain faithful to Christ and the charismatic identity received from the founding Fathers and the Mother Church” in the midst of challenges for renewal, revitalization, innovation and adaptation, and response to the social, cultural, and political circumstances. (Rev. Fr. Jose Ernil Almayo, OAR, www.recoletosfilipinas.org)