A TALK ON EVENT STYLING ON JULY 12 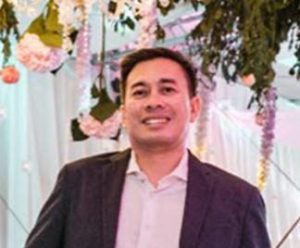 UNO-R is co-sponsor with GROW Professional Development and Training Center, Inc. on the “A talk on Event Styling” by Robert John Blancaflor, CPA, July 12, 2018 at the UNO-R President’s Hall, 9 am. Listen to Robert as he reveals the secrets behind the art and science of Event styling. Mr. Blancaflor gave up a successful banking career and pursued a creative calling to pioneer the first events styling company in the Philippines. As a Certified Public Accountant and banker, he was among the youngest Vice-President of a global bank in Manila. In 1997, he established the 1816 Flowers Company and rebranded it in 2007 into the Robert Blancaflor Group, Inc. (RBG). He styled the weddings of Aga Muhlach, Ruffa Guttierez, Judy Ann Santos-Agoncillo, Claudine Barreto–Santiago. He also styled the wedding of actor Nicolas Tse and Cecilia Chung. The Paris wedding of Vicky Belo and Hayden Kho was also styled by him. These are only a few to mention. Today RBG, is a one-stop event shop offering a complete range of integrated services. Last April 2018, Mr. Blancaflor was named as one of the 100 Events Venue PH’s Seal of Excellence, an award given to events industry members who exemplify quality and excellence. Listen to him and know the secret of success as you GROW with us. If interested to join, you may contact 433-3544 local 303 and look for Mhetzel or email us at grow.oic2018@gmail.com.