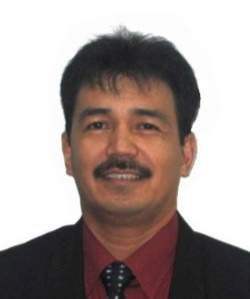 Following the resignation of Dr. Patricia B. Licuanan as Chairperson of the Commission on Higher Education (CHED), President Rodrigo Roa Duterte has designated Commissioner Dr. J. Prospero “Popoy” E. De Vera III as Officer-in-Charge of the agency effective immediately. In a Memorandum dated 24 January 2018, Executive Secretary Salvador C. Medialdea stated that the designation of De Vera ensures the continuous and effective delivery of public service to the Higher Education sector. Before his designation as CHED Officer-in-Charge, De Vera has served as Commissioner since September 13, 2016. He is also currently the official spokesperson of the Commission. He concurrently serves as Commissioner of the United Nations Educational, Scientific and Cultural Organization’s (UNESCO) National Commission of the Philippines, and as Adviser to the Government Negotiating Panel with the National Democratic Front – Communist Party of the Philippines – New Peoples’ Army (NDF-CPP-NPA). Before joining the Duterte administration, De Vera was a recognized political analyst and hosted two programs on ABS-CBN: – No Filter and Turo Turo. De Vera obtained his BA History and Doctor of Public Administration degrees from the University of the Philippines, where he also previously served as the Vice President for Public Affairs from 2011 to 2016. He was a Senior Fulbright Visiting Professor/Fellow at the Johns Hopkins University in Baltimore, Maryland in 2000 to 2001. He also specialized in Higher Education administration at the Rossier School of Education of the University of Southern California (USC), as a Fulbright Hays Visiting Scholar. CHED’s biggest mandate is the implementation of Republic Act 10931, President Duterte’s most important social justice program – Free Higher Education. De Vera is a known strong advocate for increasing state subsidy for higher education. With his extensive experience and long-term commitment and dedication to public service, the agency trusts that under De Vera’s leadership the Universal Access to Quality Tertiary Education will be successfully rolled out. (KAROL MARK R. YEE ,Executive Director IV , www.ched.gov.ph)