The contingent from UNO-R Integrated School was named as Best Performing during the Cheer Dance competition held September 4, UNO-R Amphitheater. IS also got the Most Participative and Most Disciplined Awards.  College of Engineering was awarded as Most Colorful while the College of Arts and Sciences was awarded Best in Songs and Yells.  Meanwhile, Vincent Deloso III of the College of Engineering and IS coed Kyla Joemela Carmona won the title as Mr. and Ms. U-Week 2017. 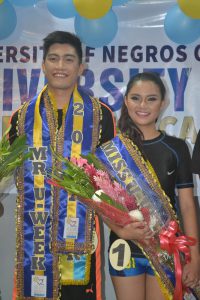 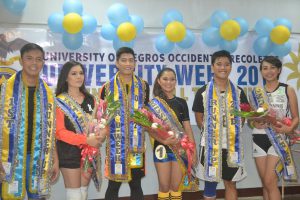