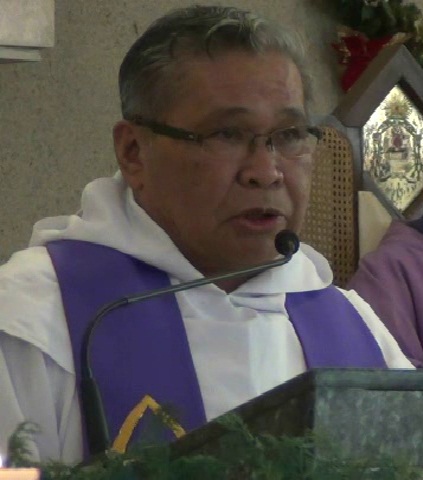 I was during the Eucharistic celebration at the UNO-R Oratory before the Institutional Christmas party last December when he strongly gave his stand on the issue. In his homily, he noted that he has to voice out the stand of the University.

“We could not be silent for this will be construed as indifference to the evils of society. This law kills the children silently and innocently,” Fr. Buñao said. He told the congregation that the RH Law is against religious principles taught by the church.

Fr. President added that RH Law makes immoral acts legal, a law against human nature that intends to destroy the family and children and is intended to cut the population of the country.

He also reminded the congregation that the hand of God will always protect us in the same way He protected the life of the child Jesus and he asked everyone to pray for God for protection especially during the celebration of the year of faith.