Let There Be Room For The Holy Family In UNO-R 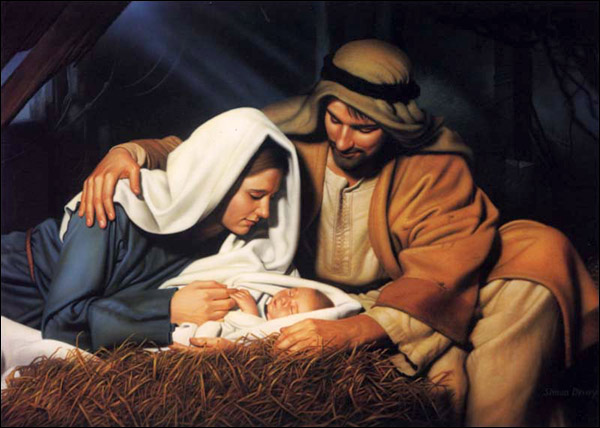 1In those days Caesar Augustus issued a decree that a census should be taken of the entire Roman world. 2(This was the first census that took place while Quirinius was governor of Syria.) 3And everyone went to his own town to register.
4So Joseph also went up from the town of Nazareth in Galilee to Judea, to Bethlehem the town of David, because he belonged to the house and line of David. 5He went there to register with Mary, who was pledged to be married to him and was expecting a child. 6While they were there, the time came for the baby to be born, 7and she gave birth to her firstborn, a son. She wrapped him in cloths and placed him in a manger, because there was no room for them in the inn.

The birth of Jesus in Bethlehem, according to St. Luke, was both a fulfillment of a prophecy and a product of a seemingly innocent secular event. May I focus on this secular event as the point of reference of my Christmas message.

When the Roman Emperor decreed that a census should be taken of the entire Roman world, and that the registration should take place in the major cities of the Roman territory, a great movement of people was expected to happen. For the business men, the census could only mean great opportunities that should be seized with determination and focus. I could just imagine a major shake up and face lifting of all enterprise in every major cities, like in Bethlehem: the streets must have been cleaned, hotels and inns must have been built or newly renovated, stores must have been repainted and decorated. In short a complete make over of all facilities must have taken place to entice the guests coming in for registration of the census. And all of these were done with the hope of greater profits, and for profits’ sake alone. It is precisely within this context that Joseph and Mary found themselves in when they reported to Bethlehem to register for the census. Here again is St. Luke’s sad recollection of that fateful event: “While they were there, the time came for the baby to be born, and she gave birth to her firstborn, a son. She wrapped him in cloths and placed him in a manger, because there no room for them in the inn.”

For the past 3 to 4 years, UNO-R was caught within the maelstrom of rapid change. I need not enumerate here the gigantic changes that took place within this period, thanks to your trust, cooperation, and determination. And there is no stopping yet for this wind of change. I see greater transformation of UNO-R in the days to come.

But it is precisely because of our earnest quest for change that we might fail to distinguish that which is essential from what is trivial, in the very same manner that those over eager businessmen of Bethlehem forgot to accommodate Mary and Joseph.

For me, UNO-R must always base its quest for change and excellence within the context of VALUES. UNO-R might increase its population in the near future, but it should not be at the expense of fairness, justice, and intellectual integrity. UNO-R’s standard of excellence is not for bargain, is not for sale, and is not a collateral for any form of indebtedness, or whimsical accommodation.

UNO-R must also learn to think and act with greater social concern. I hope and really pray that one day, you, among yourselves, without any promptings from the priests, and without any promise of monetary incentives, will manifest a heartfelt concern for the needy, or victims of calamities.

And most importantly, in the midst of all the changes that are happening now in UNO-R, we must not forget to give the highest importance to our faith. The campus ministry office and all religion teachers in this university play a crucial role in the spread of this faith. For a school such as ours, it would be the height of contradiction if religion teachers become the source of division and any form of wrongdoings. They should in fact be the models of Christian living. Of course I am aware that there are several non-Catholics who belong to our school. I respect and appreciate them and their contributions a lot. I wish and pray that they give us the same understanding, especially when we demand for their presence on the days of their religious observance. For the times that you have sacrificed your religious observance in the performance of your duties here in the university, kindly accept my deepest appreciation and respect.

Our ultimate aim amidst all these changes that are happening right now in UNO-R is not to be autonomous, period; nor is it to have the biggest student population among the schools here in Bacolod. Our ultimate aim is as we change for the better, we can easily or better identify the holy family in the faces of the poor but deserving students, in the faces of our socially responsive faculty and students, and in the countless faces of those who may come knocking at the door of our university. In short, our ultimate aim is to always have a room in UNO-R “inn” for the likes of the holy family!

From the very bottom of my heart and the hearts of my religious brothers, thank you very much for all your support and understanding. Like you, we are also human and so we need your prayers too.

To every janitor, every security guard, every maintenance, every office staff, every faculty, every lay administrator, every Dean of UNO-R, Merry Christmas and a Happy New Year!