The UNO-R School of Law, together with the entire UNO-R community and in partnership with Smoke 10 Runners Club Bacolod,  will be conducting an organized fun run, dubbed as the first ever “Justice Run” in Negros Occidental on February 8, around 5AM at the Provincial Capitol Lagoon. The objective of the event is to inspire […]

The UNO-R High School Department held their annual Sportsfest activity, last November 10-14, 2014in the campus. The over-all Champion were the Seniors with a total score of 475 points.  The    Juniors  came 1st runner-up with 435 points followed by the Sophomores with 385 points, and the Freshmen with 325 points.            Here are the official results […]

As of today , UNO-R got three championship awards on this year’s NOPSSCEA  in the category of Athletics(men) , Sepak Takraw(men )  and  Table Tennis(women).On Athletics-tertiary (women) & elementary girls are placed as 2nd runners-up.  Tertiary Chess (men & women) are awarded as 1st runners-up  with the secondary girls & boys as 3rd runners-up. Table […] 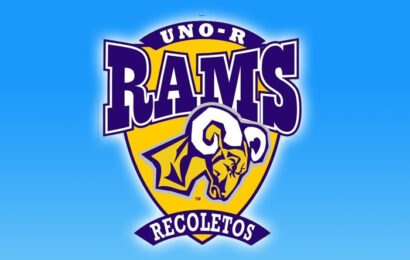 RAMS Bounces Back With 30-point Lead

The university gym was jam-packed with students from NOPSSCEA schools to see action during the basketball match between UNO-R and West Negros University last October 11. The UNO-R rams had a 30-point lead over WNU when the game closed with a 59-89 score.  UNO-R had its first loss to WNU last September 28 with a […]

University of Negros Occidental-Recoletos subdued Western Leyte College, 75-68, to rule the Championship League (PCCL) Visayas Islands regional games at Macias gym in Dumaguete City recently.  The UNO-R Rams thus advanced to the Vis-Min qualifying games in Cebu where they will go up against the winner of the Mindanao regional games, University of Visayas and […]